“I first thought of my family and hoping they were okay, then I hoped everything would be okay because Mexico is going through a hard time right now. I wish I was there to help out”. This was Jorge Leal’s ( my father) response when he first heard of the earthquakes in Mexico. This month there has been two major horrible earthquakes in just one month in Mexico due to its tectonic plates. Mexico suffered drastically from two major earthquakes, one in Chiapas Mexico and the other in Puebla Mexico.

On September 7 2017 in the southern coast of mexico, near the State of Chiapas, a earthquake hit with a magnitude of 8.1! Chiapas was severely affected with 21,000 homes damaged and 1.5 million people affected by the earthquake. Sadly there were 98 dead and 300+ injured due to this earthquake. Mexican President Enrique Peña Nieto said this was the largest earthquake in at least a century. After the earthquake the mexican army was sent to aid anyone in need. The earthquake also caused buildings in Mexico City to shake and took out electricity for around 1.8 million people. Chiapas Mexico is now focusing on the long earthquake recovery. 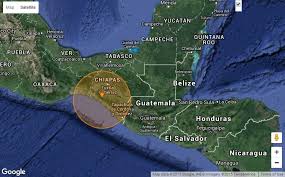 On September 19 2017 another earthquake hit central Mexico with less magnitude but even worse damage. The earthquake magnitude was 7.1 and affected the Mexican states Morelos, Puebla, and MExico City. There was a warning before the earthquake hit but it was not enough time to avoid the deaths and injuries that it caused. The disaster killed 337 people and injured 6,011 people. 79,400 buildings were damaged and gas leaks were reported as well. After the earthquake the Mexican army and navy were sent to help and soon the U.S sent a search and rescue team. Now Central Mexico will also have a long time recovering from this disaster. 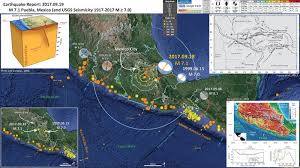 So why did two major earthquakes happen so close together in such short time? Well Mexico is sitting on the boundary of 3 tectonic plates and this causes Mexico to be a highly active. The plates scoot rapidly under the continental crust of North America therefore causing stress and strain to build up faster. Mexico went through many damages this month now let’s just hope they can get through the recovery process and nothing else happens.