The flu season usually occurs October through November, and March through May. Many students end up sick due to the flu which usually starts with a cough and runny nose. To avoid being infected by the flu, people need to take a vaccine from their doctor. Some other ways to avoid being sick is by washing your hands, not rubbing your eyes with dirty hands and also not touching your face at all. Having the flu is the worst because you can be sick for days or even for weeks. Also having the flu may infect other people near you.

Freshman student Victoria Nava stated that she hasn’t taken her flu shot recently. Victoria also believes that this flu season will affect many people by being near people who are sick. People get the flu through contamination of the air and by not taking care of themselves.

Senior Jose Magdaleno stated that he has taken his flu shot recently, and he isn’t aware of the flu season. because he has the flu shot already. Jose stated, “Get the flu shot, eat healthy and take care of yourself.” Jose explained how not to be affected by the flu season this year. He believes people should keep their bodies healthy.

11th grader Alexis Muños stated “Yeah I’ve taken the flu shot but not recently.” He also believed that in APB it is easier to get sick because, “our school is small it will be easy to get other people sick. That’s how the flu gets to other students easily.” 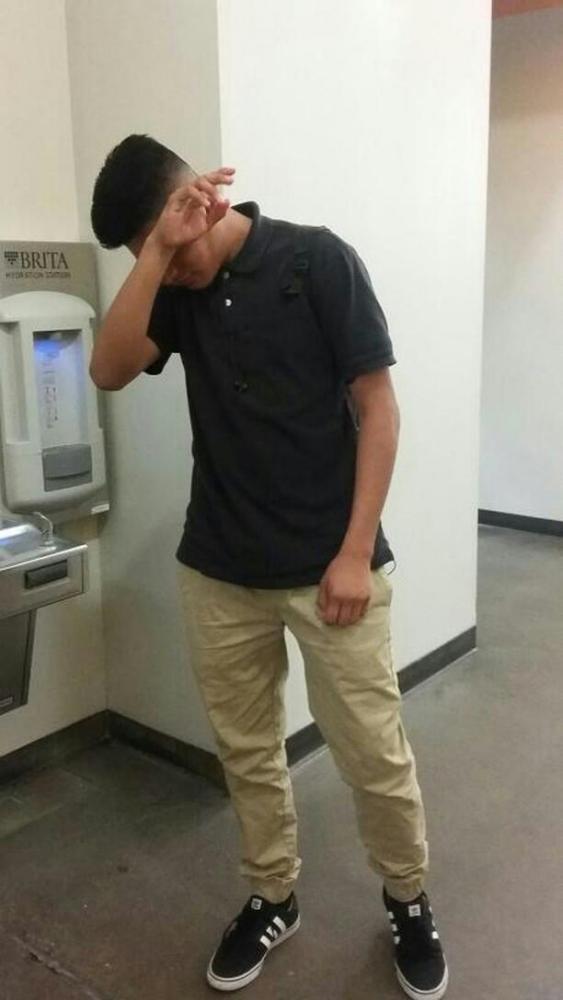 (Steve M. dabbing on the flu)