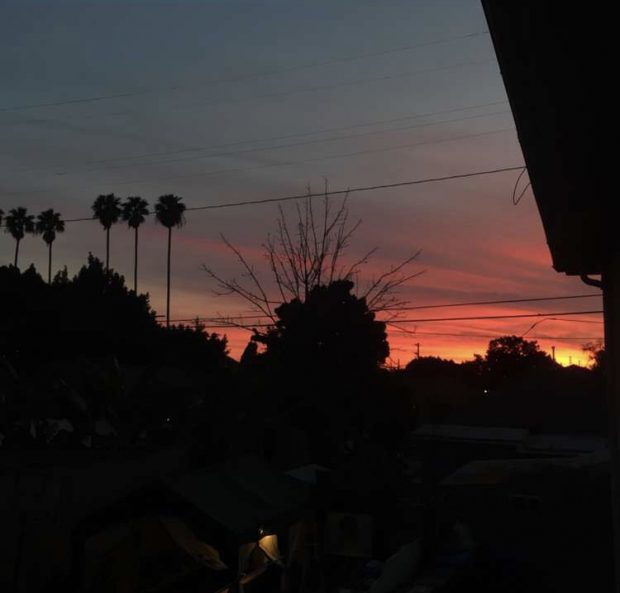 On October 9, 2017, I remember running down the hall at 3:05, hearing multiple students jokingly cry out “We’re all going to die!” and “It’s the end of the world!” As soon as I got out of the building, I noticed the heat, then the foggy red sky and sun above me. I thought little of it and decided on scrolling down my Instagram feed. Eventually, I got to a video someone had posted. The caption read, “Driving on the 710 in LB but the effects of the Anaheim Hills fire can be seen here.” I learned that the reason for such a strange sky was because of a fire. 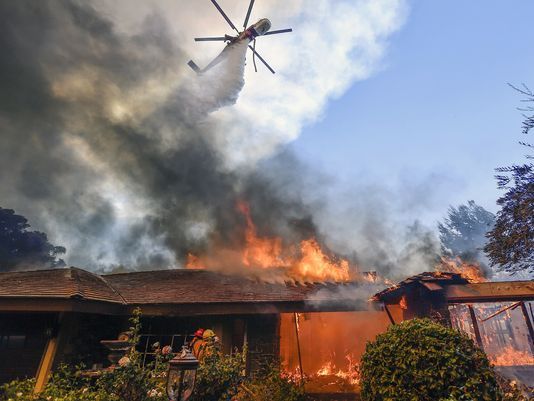 Firefighters battling a fire on a home in Anaheim. Photo taken by Jeff Gritchen (The Orange County Register)

More than 9000 acres burned, 15 structures were destroyed, and 12 structures were damaged, and 5000 structures — many of which homes — threatened by Canyon Fire 2 (as the Anaheim Hills fire is unofficially called after the original Canyon Fire burned on the Vandenberg Air Force Base in Santa Barbara almost a year earlier), according to ABC Eyewitness News. 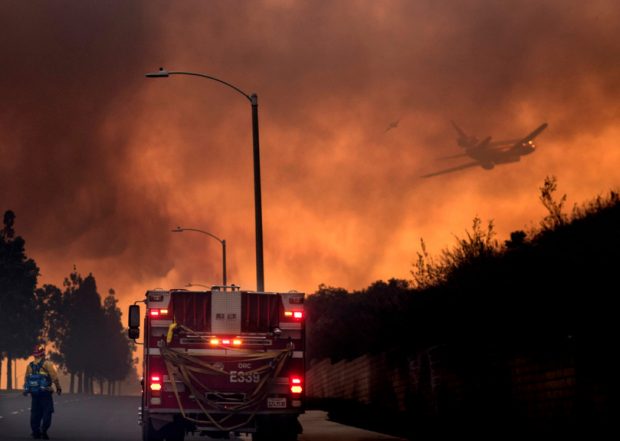 However, this is nothing compared to the fire that occurred in Northern California. As a result of the fires, 5,700 homes and businesses were destroyed, according to CNN. Meanwhile, the LA Times reported that 41 have died as a direct consequence of the fire.  In total, 8,900 structures were destroyed, according to The Mercury News, but these structures might take years to completely rebuild and restore.

One woman, who was pregnant and in a car during the fire stuck in traffic told CNN, “Honestly, I’ve never in my life felt like I was going to die like that moment. Not just me, but my girls and unborn baby.” Frustrated, she went home to take her bike and left with two of her children in a toddler trailer. Furthermore, many including Mariano and Christa Domingo only have clothes they’ve received from shelters, according to CNN. The Domingos noticed the fire approaching their home and fled with only one emergency oxygen tank for Christa Domingo, who has lung issues.

Though the cause of the fire is unclear, 95% of California wildfires are started by people, according to CNN. Experts claim the cause to be a number of different factors, including, high-speed winds, great amounts of vegetation, and dry conditions.