One stressful afternoon on my way home from school, I get off the train station and notice that a white guy is walking up the rail. He was wearing a Simon Tech High School uniform, so I knew he must live in the neighborhood. It seemed very unusual to me considering everyone in our community is either Black or Hispanic.

A few weeks later, I go to the grocery store with my mom and notice that a white family is loading groceries into their car. Initially, I thought their coming here was a one time thing, but I knew they must live here considering I saw them again five more times, all in different parts of the neighborhood.

When asked how they felt about white people moving into our neighborhood, junior Manuel Montes said, “I’m not really scared because it’s not like a big amount of white people are moving in.”

Even freshman Katarin Gomez said, “I don’t mind them. I don’t think it [gentrification] is possible because the amount of minorities in our community greatly outnumbers the amount of white people. I’ve only seen like three.” It is evident that not many people feel scared.

On the other hand, senior Korie Mendez feels just a tad concerned. She said, “My family already struggles, so I kind of worry that we might struggle more.” However, she continues to state that if gentrification were to truly happen, it would take a really long time. 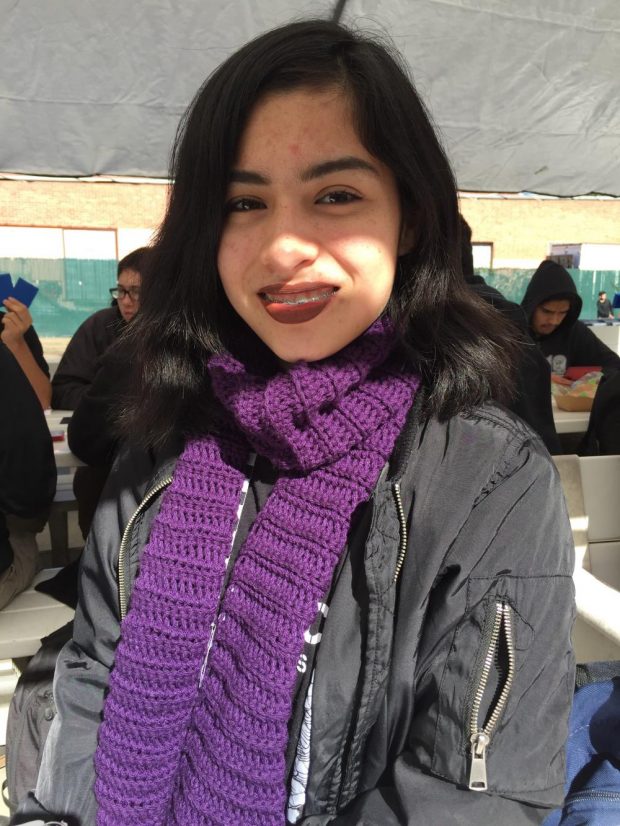 Although students weren’t really bothered by white people moving in, I couldn’t help but wonder why they moved here in the first place. One of my close middle school friends, Jacqueline Flores, attends Simon Tech High School, the same school the white guy that I saw on the bus attends. When I asked her if she knew who he was, she said that they were somewhat friends. Jackie was kind enough to introduce us so I could ask him a few questions. He wanted to remain anonymous, not feeling comfortable with another school knowing who he is.

When asked why he moved here, he said, “My dad lost his job, and we were already pretty poor, so we figured why not move somewhere cheap.” Being the only white person must not be easy. He said that when he first moved to Simon Tech, someone told him to, “go back to Beverly Hills.” He finds it really hard to fit it because even though he finally found a group of friends, he feels out of place because he can’t relate to the culture.

Overall, so far only a few white people have moved into our community. Because there isn’t a massive population of white people, students aren’t really worried that gentrification could take place in our neighborhood.