By: Alize Centeno and Silvia Martinez 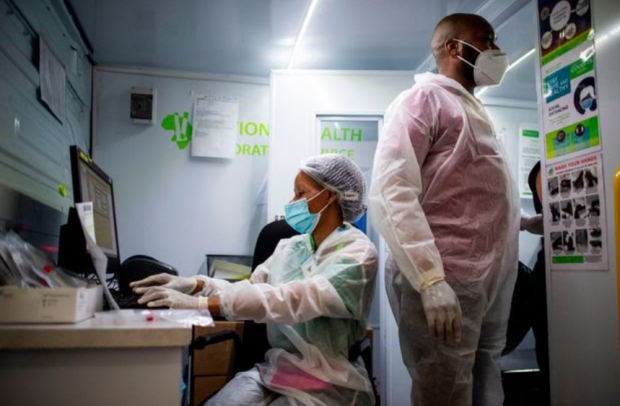 A health team in Africa where one of the variants was found. Luca Sola/Agence France-Presse/Getty Images

New variants of the virus, SARS-CoV-2,  known as B.1.1.7, B.1.351, and P., have recently been identified in the United Kingdom, South Africa, and Brazil and began spreading more easily and quickly among people, leading to an increase in COVID-19 cases.

A group of coronaviruses that share the same inherited set of distinctive mutations is called a variant. Over the course of the pandemic, a number of variants have arisen that may spread more easily or be more deadly.

The new variants detected around the world seem to spread much faster than COVID-19. This raises concern because when infection levels increase, the virus has a chance to adapt and create potentially more dangerous variants. Although these new variants are not proven to be more deadly yet, it is much more infectious than COVID-19.

Experts have already identified three new variants of the coronavirus, which originated in South Africa, Brazil, and the United Kingdom. In the United Kingdom, a new variant of SARS-CoV-2, known as B.1.1.1.7, emerged with a large number of mutations. In South Africa, another variant known as B.1.351 emerged independently of B.1.1.7. In Brazil, a variant known as P.1, was first identified in four travelers from Brazil. 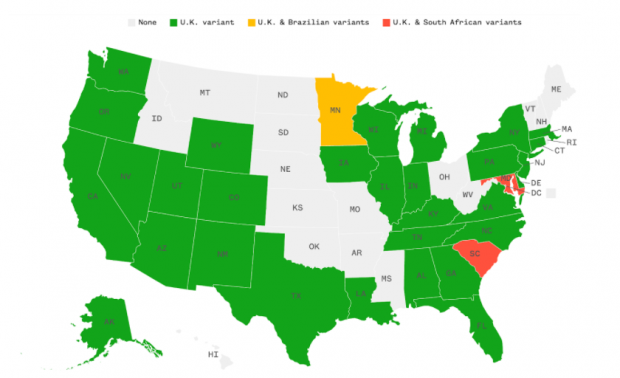 Map: The spread of the Covid-19 variants across the United States Graphic: Wen Si and Elliott Ramos/NBC News

The variants not only spread more easily but they can cause more severe or milder diseases in people according to the person’s physical health. These variants can also affect the effectiveness of the COVID-19 vaccines.

Although we do not know exactly how these new variants may affect the vaccines, tests, therapies, we do know that these variants have mutated enough from COVID-19 that it may wear down the effectiveness of the current vaccine.

The variants have made their way to many countries and are spreading rapidly. The b.1.1.1.7  variant has made its way into 50 countries so far, including the US. The B.1.351 variant has appeared in 30 countries; the P.1 variant has been found in Brazil and Japan after tourists returned from visiting the former.

COVID-19 comes from a family of viruses. Viruses mutate and variants often happen over time. These new variants are a result of the virus, COVID-19 persisting and mutating over time.

APB’s Anatomy and Biology teacher, Tracy Ohara, gave more insight on the new COVID-19 variants. She discussed the dangers these variants possessed. “More people need to be vaccinated as soon as possible to fight off COVID-19 and for the variants to not be spread any further,” said Ms. Ohara.

She also gave some insight on how scientists manage to find out about these variants, she notes that scientists use genetic testing to identify different types of variants.

According to the CDC, the CDC is collaborating with other health agencies like EPA to look and identify different types of new variants caused by COVID-19. They will keep the public informed about all the new updates.

Vaccines are crucial to take because even if the new variant mutates, vaccines help our body build up a better immune system to help fight off the virus.

Experts believe the variants could be as much as 50 percent more infectious than the original virus, but there are many different ways for one to reduce their risk of contracting the variants. The most three important ways to slow the spread and to protect yourself are to wear a mask, stay at least 6 feet from others who do not live with you and avoid large crowds.