On August 9th, 2014 in Ferguson, Missouri a white officer was in a confrontation with an 18-year-old African American male named Michael Brown. The engagement resulted with police officer Darren Wilson killing unarmed Michael Brown. On November 24th, the grand jury decided not to indict Officer Wilson for the hostile meeting. In other words, the officer will not face criminal charges for the shooting.

During the investigation of this incident Wilson claimed that Brown was being violent during the encounter and charged at him after Wilson fired the last shots. Eyewitness’ claim that Brown was trying to flee from Wilson and attempted to surrender before the final shots were fired. 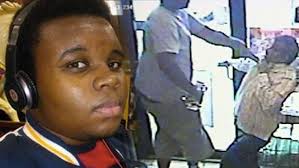 Later the final reports demonstrated that Wilson shot and killed Brown and all bullet casings found were from Wilson’s gun. Brown died 150 feet away from the officers car and the autopsy found that Wilson shot Brown six times and two struck his head. One of the shots was fired at close range suggesting that Brown and Wilson had a physical altercation. The autopsy also shows that all gun wounds were from in front, none demonstrated that Brown was shot from behind.

This case has resulted in an outgoing protest to get justice for Brown and other victims that have a similar case. The protesters feel that it is racial discrimination and that the Supreme Court must give the victims ,such as Trayvon Martin and Eric Garner, justice. The activists are standing up to the United States Supreme Court and claim changes be made in the police department. They also want the racial discrimination from white officers to stop as well as the assumption that certain minority groups are always troublesome or dangerous.

This relates to us APB students because we also are minorities that face racial injustice. In our school some students have faced unexpected encounters with police officers because of what they’re wearing or just simply by the color of their skin. Is this racial injustice from police officers okay or should there be changes made ?
11th grader Ivan Isidoro says, “ I think they won’t feel safe because it’s just aiming it at minorities and no other races in general” based on the effect the case has on minorities.