By: Ronaldo Valencia and Manuel Cortez

A New Trend has broke the internet, we all heard of the ASL Ice Bucket challenge. But now there is a new challenge that has e 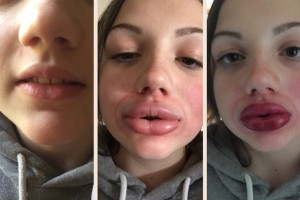 veryone laughing and talking about it through social media. This challenge called, the Kylie Jenner lip challenge. This challenge is meant to replicate Kylie Jenners Pouty Lips. Although it seems safe it is not. The challenge involves the person to suck through a shot glass for a minute or even up to five minutes which ends up creating a vacuum with no pressure. Causing you to have huge swollen lips.

But there are some fails to this challenge like any other challenge, the challenge always starts as harmless fun until something goes wrong. What is causing these teenagers to take these challenges? Omar Cervantes, a senior said, ¨ People are taking these types of challenges because they are not fully informed on the consequences of the challenge,¨ Omar said, ¨people should be more open minded and act clever on their actions.¨

For example last years craze was the ASL Ice bucket challenge which many teenagers or participants of the challenge took the challenge to the next level by jumping in a huge pool full with ice. There were also others such as the firefighter who passed away during the challenge by being electrocuted to death during the stunt. But like every challenge the Kylie Jenner challenge has its risks. Causing teenagers lips to bruise or explode. The results of this challenge sometimes leaves the lips to last for only a few days or weeks, when in reality it lasted for about a few hours. There was an extreme case reported by TMZ, that said that a teenager had their lip cut by a small chunk of skin. 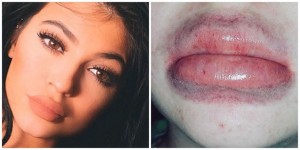 But what is causing more and more people on taking this challenge. A junior from Animo Pat Brown High School, Josue Palacios said, ¨ The reason why this challenge is becoming much more popular among teenagers is that many are influenced by their friends.¨ In order to prevent people from putting  themselves at risk we need to discourage those types of actions to our friend. For instance, helping out a friend when going through depression and giving the person advice. It is up to you if you want to put a stop to this challenge.