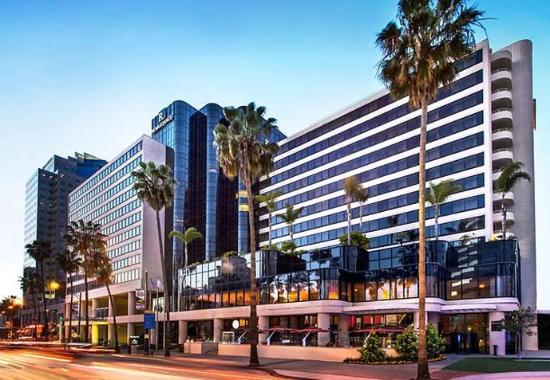 We all know that what everyone looks forward to during their Senior year is Prom and Grad Nite. People get excited about Prom, but look forward to Grad Nite because they feel it is a reward for all their hard work to receive their High School diploma. According to an anonymous source from Student Council, which is in charge of most Senior activities, Seniors at APB have purchased more Prom tickets than Grad Nite tickets. Why is it that some people prefer Prom rather than Grad Nite?

APB’s Prom was on Saturday May 16, 2015 the fee for the Seniors was $60. It was held at the Renaissance Long Beach Hotel from 6pm to 11pm. Outside guests were permitted to attend for a charitable cost of $75.

This year Grad Nite will be at Six Flags, on Thursday June 4th, a day after Graduation. The two part payment totaled out to $65. Unlike previous years, Grad Nite was always held the same day as Graduation but this year things had  a little change. Unlike Prom there will be no outside guests allowed for this celebration. It is said to believe that many people do not pay for Grad Nite because there is no guarantee of seniors graduating. This is because the people that do not graduate will not be able to attend the fun adventure.

Upon the discovery that there will be more students attending Prom instead of Grad Nite I sought out to find answers. Multiple students wished they could have attended this celebration; however, money was the main reason why they could not participate on the events. Money is the main problem, because weeks prior seniors also had to buy adequate accessories for Prom and other extras regarding the Senior Graduation package.

APB Senior, Alondra Muratalla, who is not participating in either of the activities, said “they didn’t satisfy our needs.” If people were to advertise Prom and Grad Nite more this would have probably been a different situation.

An anonymous student claimed ,” I was too late to pay the ticket. I didn’t have the money on time”.

Another anonymous student said, “More people might want to go to Prom than to Grad Nite because for Grad Nite it is not sure if they are going or not since not everyone is graduating so it is not a secure spot as in for prom since you are still able to go.” Having an uncertainty of graduating makes seniors not want to pay for events that they will not be able to participate in. The school rule states that in order to participate in Grad Nite the student must graduate. Therefore, deciding to pay for the ticket was a risk if one was unsure of how they were going to end up.