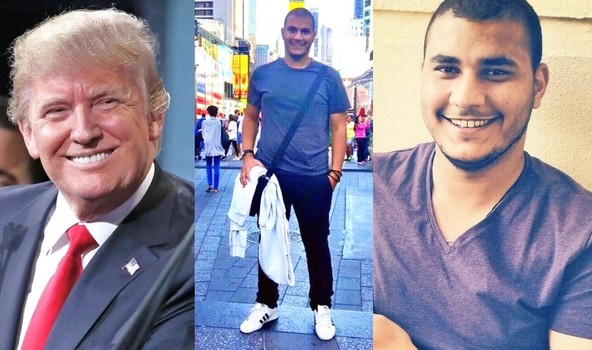 An egyptian student who was admitted at a Southern California flight school is being held by immigration authorities and can be deported after supposedly posting on Facebook that if he killed Donald Trump he would be doing a world a favor.

Student Emad Elsayed, who came to the United States for a pilot’s license, was taken into custody on February 12 by officers with US Immigration and Customs enforcement for supposedly violating the terms of his admission to the United States of America. The student was arrested at a flight training school called Universal Air Academy and is being held in an Orange County jail waiting for a hearing on his deportation.

Elsayed posted an article on Facebook about Trump calling for the banning of all Muslims from entering the US with a comment. He commented that he would would not mind being sentenced to life in prison for killing Trump and that if he did, he would be doing the world a favor.

Soon after he said this comment, US Secret Service agents immediately went to the flight academy where he has been training to become a pilot after the owner reported the his Facebook comment to federal authorities.When the agents questioned him about his post, Elsayed told them that it wasn’t a serious comment and that he could find similar comments on any social media.

The U.S. attorney did not want to charge him criminally so they chose to pursue immigration action. In addition, Universal Air Academy in El Monte withdrew its support for his visa. This means that Elsayed lost his immigration status and can be kicked out of the US.

As of now, the owner of the school has now signed a statement saying that he is willing to have Elsayed back again at the school.

Despite his acceptance back to the school, he could not be released from custody because the government cited his statement about Trump as evidence that he is a danger to the community.

At the moment, he wants to get out of jail and get back some of his tuition money.

Animo Pat Brown students are irritated after hearing about this situation.

“Just by saying something doesn’t mean that he is going to do it. However, there are some limits to freedom of speech. Even if he is against what Donald Trump is saying he should’ve been more cautious about what he said since he was an immigrant” said Paulina after hearing that the student was going to get deported for saying what he said. 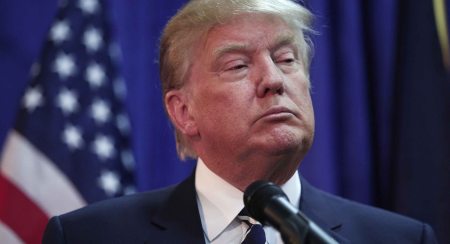 Similarly, when APB student,Jailene, heard that this student was being deported for commenting on something about Trump she reacted saying “well that is not a good reason to get deported.” Then she added, “he was probably just reacting towards Trump’s racist comments.”

Paulina believes that the egyptian student, Elsayed deserves another opportunity to continue attending flight school  here in the US.

“There have been so many death threats made to Donald Trump from around me that I don’t take them seriously and I am sure that Elsayed did not actually mean it so I think they should give him another opportunity” she said.

She believes that what Elsayed said, could have been said by many throughout the United States.That is why they should give him another chance to continue his studies. Unfortunately, Eslayed will be getting deported soon whether students believe this is unfair.