By Michelle G. & Marielis A.

Recently, North Carolina passed a law that prohibited people from going to a public bathroom that doesn’t correspond to the gender specified in their birth certificate. North Carolina argued that it might make other people who are using the same restrooms uncomfortable and therefore should not be allowed.

“It violates their rights… they are changing their gender” Silvia (APB senior)said.

Paulina (APB senior) also agrees that it violates their right to freedom of expression.

“I  think it goes against freedom of expression. They are also representing their identity and who they identify as and I think that North Carolina should use their time wisely instead of depriving people their ability to self express” said Paulina.

Because of this controversy over the new law in North Carolina, the Obama administration is urging schools in the U.S. to let transgender students use the restrooms they ide 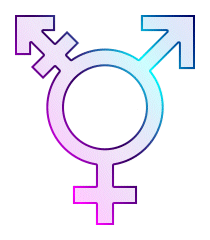 ntify with. They are trying to make schools a place free of discrimination for all students.

The restroom controversy in North Carolina has not only brought controversy over the restrooms but has also brought to light how the federal law protects the way transgender students are treated on many other matters, not just restrooms.

Los Angeles Unified District has a policy protecting transgender rights. The policy states that transgender students have to be treated as the gender they identify with throughout their entire school experience. This includes the name by which they prefer and bathroom use. Furthermore, the district can change a student’s name and gender in the official records system.

Silvia mentioned that the best way to protect transgender students from discrimination is by having gender neutral restrooms. Paulina also mentioned that schools could educate people on how transgender are not different from others because they are still human.