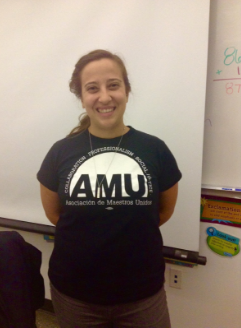 We went around asking teachers and students about what their opinion of this idea was and here are their responses. Though all of their responses are slightly different, their ideas are generally the same: people should not get different grades because of their physical appearances. “The fact that male teachers give their female students who are attractive higher grades, that isn’t a shock for me,” said 9th grade English teacher, Ms. Siemietkowski.
She shared that she was not shocked by the study because she had witnessed grading based on physical appearance during college. “In college we had this professor who definitely gave her higher grades because she was very pretty” she said. When asked whether or not she believed it could be a problem here she said that “I would hope that’s not happening at a high school level because that’s gross.”

After interviewing 11th grade History teacher, Mr. Sandoval, about his thoughts on this study, he said, “Unconsciously, someone looks smart and you give them the benefit of the doubt.” His response on whether or not he has ever graded students based on their appearance was that he hopes he “didn’t, but sometimes you have to admit you like a student more. If you do you’ll think things like ‘oh, they might have forgotten this…’” His 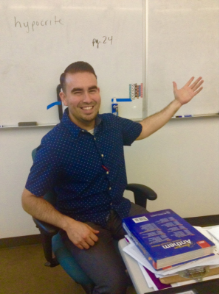 thoughts on grading don’t have much to do with how people look but what their attitudes are like. Obviously if a teacher likes a student more they’ll probably let them off on small mistakes they make in their work. “If you have an attitude you get judged more harshly” said Mr. Sandoval.

Another teacher that we interviewed was 12th grade Government teacher, Mr. Snyder. Although he and Mr. Sandoval had pretty similar opinions on the topic, Mr. Snyder actually had a few different things to say. “If it’s true it’s disappointing,” is what he said in response to being told about the study. A good strategy that Mr. Snyder mentioned about grading was that he doesn’t look at who’s work he’s grading until he is done with it. This makes it easy so that no grade is based on whether a person is attractive or not. We asked him if a person’s attitude mattered when it came to grading and he said, “Attitude may be a part. Subconsciously, the way you interact with me shapes things. Students who are kinder, I think, may end up doing better with me.”

We went around interviewing some students as well, asking them for their opinion based on if students are being graded on how attractive they are. Senior Natalie Navarro explained how it’s not really common for teachers to grade students based on their looks but instead more on their knowledge. She also said that it is rare if a teacher does grade students based on how they look. Junior Ashley Mercado explains to us her opinion on the idea that students are being graded based on their looks. She explained, “Looks don’t impact your grades.” Looks, it seems, can’t always guarantee you an A on an assignment.

Another interview with Junior Gabriela Leyva shares with us her experience in 9th grade, and she mentions to us how she believed her teacher graded her based on her appearance. She said, “Looks can determine how you can be graded because I had piercings in freshman year and my teacher thought I was lazy.” It appears as though looks may actually, as found by the study, may have an effect on a student’s grades.
After talking to some students and teachers on the idea of being graded based on physical attractiveness, it is clear that many do not feel like grades are based on appearances but on the hard work put into their assignments. However, some students do wish that teachers would stop assuming that the way they look is equal to the quality of work they will have in the future. Teachers did express that the way you interact with them impacts your grade. Though that does not mean that you will get an F if you don’t greet your teacher before going into class, you still might want to think twice before making that snarky comment.