By: Victor Patino and Ary Perez

Many people and students like Emmanuel Tovar, Andrea Gallardo, and Robert Jimenez like to relax and enjoy a movie during their free time. But the experience becomes more enjoyable when you’re with your friends or want to make new ones. So when ARC the afterschool program cut funding for clubs. So Joshua Villagomez, a drama, journalism, and english teacher at Animo Pat Brown decided to open up his doors to students interested in watching and discussing films. And eleventh grader Emmanuel Tovar said, “I like watching movies and I like watching them here at school with friends.”

When asked about what happens in Film Club, Mr. Villagomez said, “We screen films from different genres, different countries, and different eras . . . then we critique and analyze them during lunch.” This exposes students to different movies compared to the ones they would normally watch on their own time out of school. And several students can confirm that the discussions are based on what the students like. Eleventh grade student Emmanuel said, “he asks us what we like about it [the movie] . . . we’re basically the critics.” And eleventh grader Andrea Gallardo also said “I like how we get to talk about the movies” and how everyone is respectful when discussing the movie. Even twelfth grader Robert Jimenez can agree with Emmanuel and Andrea on how the discussion is friendly and open to everyone or anyone who wants to speak about the movie they had just watched. But Robert really enjoys how he gets to see new movies in the club since there are things he might not have known about.

Then, these students answered the question: what is the atmosphere like in Film Club? According to all three students, during the movie everyone is quiet and respectful with everyone attentively watching the movie. Robert even said that “it is a comfortable atmosphere” in film club throughout the time he has been there. So if anyone is interested in joining film club, just speak to Mr. Villagomez and have a blast with all the other members. 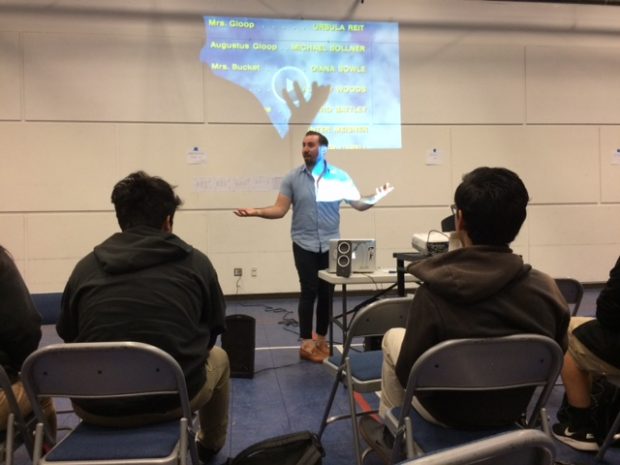