Milo Yiannopoulos is a British public speaker who’s made a name for himself through his exercising of his right to free speech. He speaks his mind, and usually what he says is not meant to be taken seriously. Other times however, he’ll say things to deliberately enrage other people. In other words, Milo Yiannopoulos is a troll.

Milo Yiannopoulos champions free speech. He’s written a book, entitled Dangerous, in which he talks about political correctness and the issues that accompany it. It was meant to be read by a more conservative audience. However, due to certain controversies surrounding comments that seemed to condone a type of pedophilia, his book was not published by Simon and Schuster, a publishing company. His comments on race, gender, and other parts of society, though admired by many on the far right side of the political spectrum, is usually looked down upon by everyone else.

Many “leftist” students have attacked Republicans at UC Berkeley for supporting Milo and allowing him to speak at the university. Many of these liberal students have vandalized a lot of Republican student property. One liberal student began to stomp on Republican’s signs. Another liberal tried to ram their bike into a Republican student. Although many students disagree with Milo and his supporters, it is against the law to vandalize property and physically harass others. This stance is taken by the staff members of UC Berkeley because they believe that all student’s First Amendments rights should be protected. Associate Chancellor, Nils Gilman, and other staff members believe that students should be allowed to, “freely engage in political activities across the ideological spectrum,” (heatst.com).

Milo Yiannopoulos may have gone too far with what he said. However, it is important to note that he is allowed to say all of that stuff due to the first amendment, which protects everyone’s free speech. The people who truly went too far were the people who physically attacked the republicans on campus. The people attacking republicans are in no way protected under the constitution for what they did.

Milo is free to say anything he wants, and this right should be protected. People should not be attacked for saying things you don’t agree with. Yeah, a lot of the things he says aren’t morally correct, but he should be free to say them. However, the radical students who rallied against Milo speaking overreacted. They need to understand that what they’re doing, threatening and attacking the conservative students on campus, is wrong, not just morally but in the eyes of the law as well.  They can’t just attack people for saying or believing things that they don’t like. It’s dumb and childish.

The question still remains: how far should the freedom of speech be protected? For example, people aren’t allowed to say “bomb” on a plane or yell “fire” in a crowded area like a movie theatre. On the contrary, it allows the Westboro Baptist Church to protest funerals against LGBT people and say very hateful comments. Milo should be allowed to say whatever he wants as long as it is not dangerous to say  (ex: saying bomb on an airplane). However, he did say that consensual sex with people who are still in puberty (13-18) is ok. At this point, his right should still be protected, but he should at least recommended (or maybe forced) to see a therapist for saying that (especially considering he too we violated at a young age). What people say should be protected, but if someone says a threat or some extreme view (for example: consensual underage sex being ok), people should be warned about being jailed or sent to a therapist.

Despite his freedom of speech, Milo Yiannopoulos should not be allowed to speak at UC Berkeley. Although the constitution protects what he says, it’s all completely unprofessional and uncalled for. Ultimately, the choice of whether he should speak or not relies on UC Berkeley. If UC Berkeley doesn’t want Milo to speak at their university because they don’t want their students to be affected by him, they have every right to deny him. That is not to say he doesn’t have the right to say those negative comments. Instead, it simply means that UC Berkeley can reserve the right to deny him the ability to speak to students and the right to ban him from the premises.  Although Milo has the freedom of speech, that doesn’t mean people have to let him speak. Therefore, everyone should simply stop giving him time to speak when it’s obvious his way of think can be considered as extreme and dangerous views. 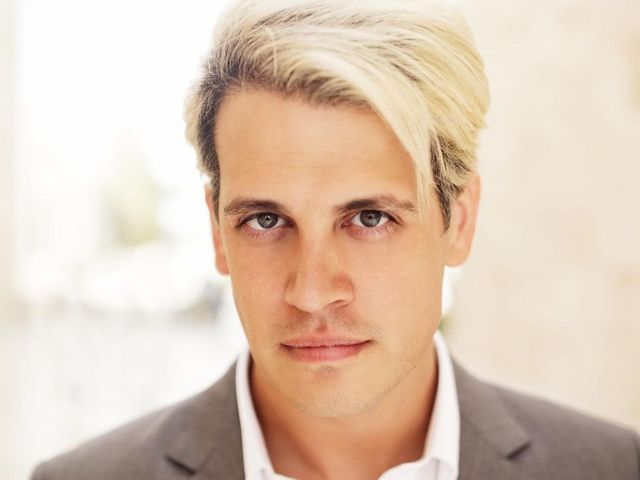