On May 10th, an astonishing thing happened. President Donald Trump fired FBI director James Comey. Almost out of the blue, this information spread like wildfire. However, for one individual the information took a while. James Comey, the man in question was not aware of being fired until a while after it was reported. According to sources, President Trump sent his bodyguard with a sealed envelope, detailing Comey’s release, to the FBI headquarters. Comey, however, was not present for the unfortunate news. He was in Los Angeles giving a presentation to recruits. The news of his release popped up as breaking news on the television. At first, Comey laughed at the statement, believing it may have been a prank. However, once he was pulled aside for a moment, the truth set it. Though many will claim that Trump was overstepping his power, the truth is that the president does, in fact, have the power to fire the FBI director. He was well within his limits as president. The real issue here is the reasoning behind the action. Both Attorney General Jeff Sessions and the deputy attorney general Rod J. Rosenstein advised Trump to dismiss Comey, the reasoning being his less than satisfactory way of handling Hillary Clinton’s e-mails during election season. This could be a good excuse if election season hadn’t been months ago. If this were truly the reason Comey was fired he would have been gone soon after Trump became president.

The other probable reason is a much more serious topic. James Comey was leading an investigation that hoped to discover if the president and his campaign had ties to Russia. After Comey was fired, some of his personal memos regarding conversations with President Trump were leaked by the press. In one of them, the two men had a conversation about the ongoing investigation,at the time, concerning Michael Flynn, Trump’s national security advisor. Trump was quoted saying 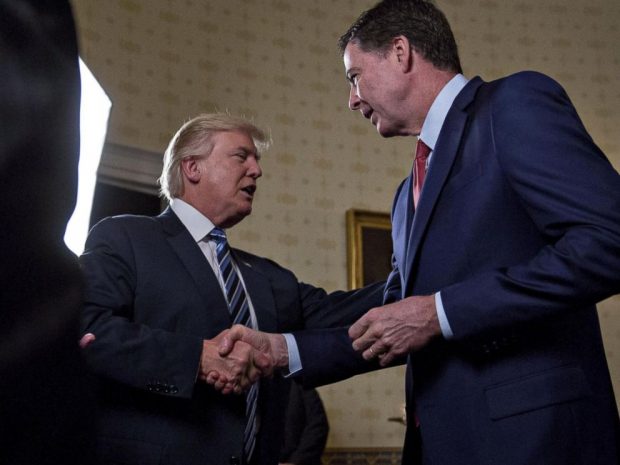 Flynn was a good guy and that he hoped Comey could let this go.
This is big news. If this did happen, it would mean that President Trump was obstructing justice. This is an impeachable offense and could result in a change. However, there are many things to consider. Impeachment is a huge decision to make. Only two other presidents in our history have been impeached before. It takes much deliberation to propose impeachment. Recently, a special prosecutor was assigned to the Trump-Russia case. While, there are no definite answers as to where all this leads, it is important to keep your eyes and ears peeled for more news.