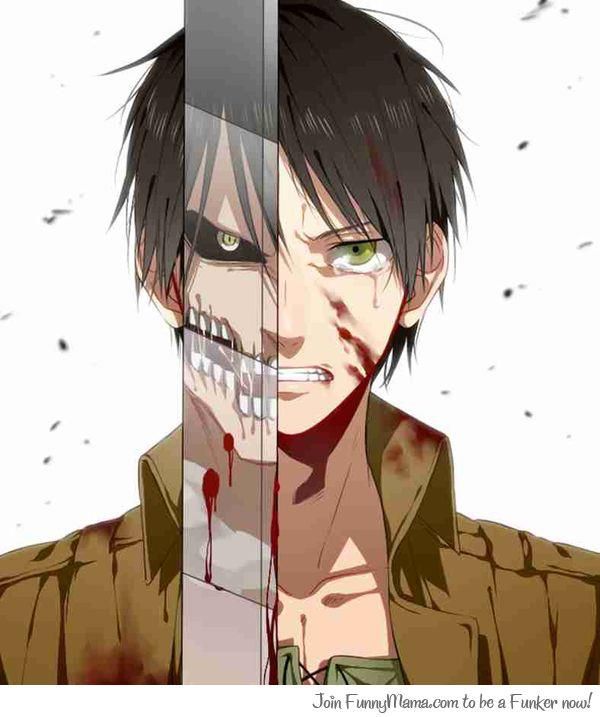 which took the world by storm aired on April 7th, 2013 immediately became a classic that millions of people would watched. Attack On Titan is the  story of a world where humanity has been pushed behind walls in order to hide from the ferocity of titans. Titan’s are large beings that range from 2 meters to 15 meters  that eat people but not because they need them to survive but because they enjoy it. The walls that surround the last of humanity is 50 meters tall which has lead to 100 years of peace for humanity and people believed it would last forever but that wasn’t the case…One peaceful day people saw something they never thought would happen, a Titan looking over their 50 meter wall! This event changed the life of many people, that titan kicked a hole in their unbreakable wall which lead to the death of hundreds of people. This hole allowed hundreds of titans to walk into what should have been a safe place. The people we’re forced to fall back behind a secondary wall they had.

Attack on titan for the most part is focused around the life of Eren and the scout regiment fighting against the enemies of humanity.  For the most part the enemies of humanity have been titans but that all changes with the introduction of another person that can change between human and titan. Since the fall of wall maria there has been countless unanswered question that the regiment has been faced with. The world they live in is so much more mysterious than they know.

The reason for this article is the release of season two which took 4 years to make. Season one was amazing and full of incredible battles and revelations but it was nothing compared to what is coming up. I’ve read the manga so I’m ahead of the anime which is how I can tell you with certainty that with everything that has happened there is still so much more left to happen.

If you have seen or read this amazing story then you’ve become familiar with humanity’s strongest warrior, Levi. Many people had questions about this amazing man and I’ve recently discovered something that changed the way I see him. There is a spin off series that shows you the life of this warrior before he joined the Scouts and it was incredible. This shows him with his childhood friends living underground and working towards getting citizenship for the city above. The ending was just mind blowing, if you Youtube Levi god mod you’ll see what I’m talking about.