Once you are in a path of ending your life, it can be difficult to have a positive mindset. However the word “solution” exists for a purpose  there’s always a way to change the way your brain works. There is one thing you should always remember control your mind, so it is important to persevere.

Let’s get deeper into the reasons for why someone would commit suicide. In our personal opinion, teens are likely to have suicidal thoughts because they are in depression. More than that, people who go through situations such as heartbreak, rape, and family problems are more inclined to hurt themselves. Many people do not understand what suicide really is some say it means simply “killing yourself,” but there is more to suicide. Suicide is a global problem that  affects everyone at every age.

There are different views or when people start to have suicidal thoughts, For example a 10th grade teacher stated, “The one who start off will be in elementary kids and also later in high school teenagers”. Insecurities and experiences,many people begin to have or go through suicidal thoughts. For example, bullying when someone is typically forced to do actions or act a certain way just to fit in can decrease our self esteem which can lead to pain.

Millions of people suffer with depression, causes general sadness and often times causes suicide thoughts. There is 1 suicide for every 25 attempts ages through 10-14 commit suicide each year. People with depression experience emotional change that can lead to unhealthy lives and impact their physical health. Having no interest in doing something with their day,not only do people feel down with depression but also have short tempers.

It takes over your thoughts of sadness, you’re unable to focus. This can also lead to substance abuse since it is more known that people with depression are more likely to abuse alcohol and drugs. However, a student says that when suicide comes to her mind, it makes her feel sad for the person that might have had these thoughts because of a probability of being alone, pressure, or either that person has been bullied. She says a way to prevent this is by “individually talking to everyone, not only hanging out with the popular kids, but interact with everyone.”

Anonymous senior said that when he  hears the word suicide what comes to mind are memes. Since there are “many memes that make fun of death or depression, because they are depressed they have nothing to live for”. Ways to make this better is getting more active and making new friends get more involved with people.

If you know someone who is having secret death thoughts or ask yourself have you thought about not wanting to be alive? There’s always a solution if you need professional help there’s a number you can call 1-800-273-8255. For the people who did not know  we have a phycologist at APB her name is Ms.Cord she is always in campus. 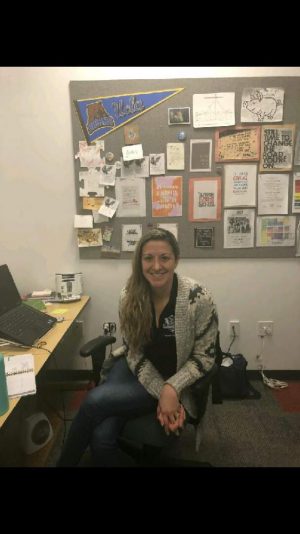