Players throughout the NFL protested during the national anthem on Sept. 24-25, 2017, in response to comments made by President Donald Trump who said players should be fined for kneeling. Trump went on a twitter rampage, tweeting things like, “If a player wants the privilege of making millions of dollars in the NFL, or other leagues, he or she should not be allowed to disrespect…our great american flag and should stand for the National Anthem. If not, YOU’RE FIRED. Find something else to do!”. Donald Trump tweeted this after Colin Kaepernick’s protest was first noticed, as he made his pre-season debut, on August 26, 2016. 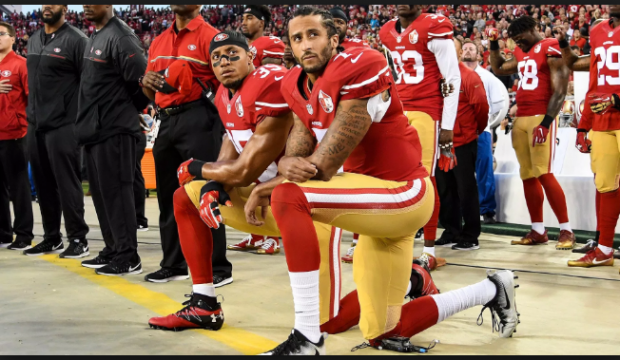 Last week, the NFL enforced a new policy that  forces all of its athletes and staff to stand and show respect for the flag and the national anthem when they’re on the field. Players have the option of staying in the locker room, but if they take the field, they must stand or the league will fine the team.

Trump said, “You have to stand, proudly, for the national anthem. Or you shouldn’t be playing, you shouldn’t be there. Maybe you shouldn’t be in the country,” in an interview with “Fox and Friends” after the policy was announced. The new policy disregards the First Amendment, not allowing players to protest by kneeling. These football players aren’t allowed to voice their opinions, they can’t even stand on their knees during the National Anthem! 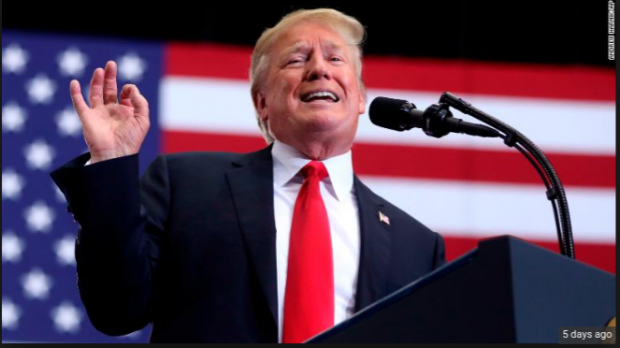 Is this what America has come to? The president says some words about players and the NFL has to please the president, restricting players from protesting. These people are role models, kids want to be these people, they have a great amount of influence on these youths. When the NFL decided that they wanted to appease Donald Trump, they essentially are forcing players to respect and flag and agree with everything that America believes and done over the years. This DOES NOT send a good message to the millions of children who watch these football stars. Abiding to the government is not a good thing, we have to challenge our government, voice our opinions, tell them what the people want.