The 2018 World Cup took place in Russia during the summer. This tournament that is held every four years is one of the most prestigious and traditional tournament in soccer history. This event not only recognizes a team for winning the tournament but also gives individual awards like; top scorer, best player, best young player, and the best goalkeeper award.

The World Cup was played by 32 teams from all over the world the format of it is, the teams are split into groups four teams in each group games are played and the teams that come in first and second place of the group stages advance to the next stage.

This World Cup without a doubt was one of the most enticing one we had in the past years. People held on to their chair as they watched their country represent them and show the people the young talent each country has.169 goals were scored in 64 matches averaging in 2.64 goals per match.

Harry Kane was the World Cup’s top scorer netting 6 goals in only 6 games he played. Luka Modric was chosen as the tournaments best player he scored two goals and one assist but his skills on the pitch were crucial for croatia making it to the final. Kylian Mbappe was chosen as the best young player of the tournament scoring 4 goals and gave no assists but his pace and ball control contributed tremendously to France winning the tournament. The best goalkeeper award was given to Thibaut Courtois he had 3 clean sheets out of 6 games making him one of the hardest goalkeeper to score a goal on.

At the end of the the tournament France was the champion their second time winning it since 1998 they won Croatia 4-2 in a game heavily dominated by the french men. This isn’t the most interesting fact though.

The top 4 teams were; France, Croatia, Belgium, and England. Croatia and Belgium had never won a World Cup and the thought of having a new champion was very well accepted and kept people tuned into the tournament. Making it one of the most watched and most celebrated

The 2018 World Cup by far has been one of the best ones we seen so far from almost half of the goals scored by set pieces to the idea of having a new champion lifting the trophy. This world cup was true example of how an international tournament should be. The 2022 Qatar World Cup has a lot of work ahead if it wants to do as well as the 2018 world cup. 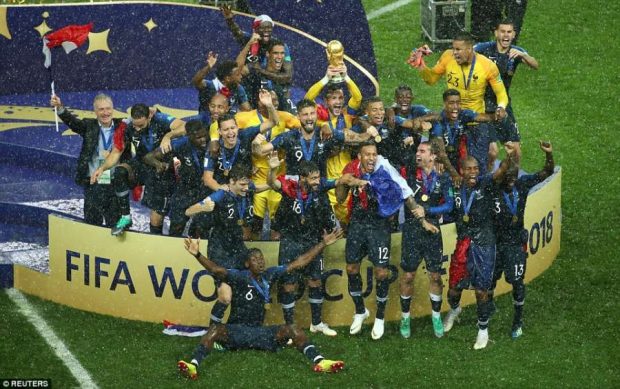