The Copa Libertadores is a South American cup that consists of teams from all the South American leagues. It is played every year and is loved by fans all over the continent. Teams that go to the final are considered to be the best out of the whole continent, which makes things intense for  fans of both teams. Fans are so devoted to their teams it becomes an issue for the actual club and the players themselves.

This year’s Copa Libertadores final was played between two Argentinian teams, River Plate and Boca Jr. They have had a fierce rivalry since the very beginning of time. Their fans usually fight with each other whenever they play against each other and always spark some kind of violence. This years final was full of controversy resulting in the second leg being postponed due to an attack to the away team’s bus by the rival fans that left players in the hospital and the result of the second leg being played outside of South American soil.

The second leg was a few hours from beginning and Boca Jr’s bus was arriving  to to the rivals stadium, were a crowd of rival fans waited for it to get to the stadium. The rival fans began to throw rocks at the bus once it got to the stadium breaking the windows of the bus and hurting players with the cut glass from the broken windows. This caused the game to be postponed and come up with some sort of punishment for River Plate and a different location to host the second leg after the original stadium was labelled too dangerous for the away team to play in.

The punishment that River Plate received was a $400,000 fine. Many Boca Jr fans did not find this punishment harsh enough for the amount of damage done that some players and fans demanded to be given the Cup automatically as a sign of fairplay. APB 11th grade student, Valentin Castillo disagreed with the punishment he said “The $400,000 fine is not enough because at the end of the day the fans will still do the same deeds. The team should have gotten a bigger punishment like a ban or forfeit because it left players injured”. The location of the second leg of the final was also changed and was planned to be played in Spain in Real Madrid’s stadium, The Santiago Bernabeu. This caused outrage within the fans of both teams because they found it unfair that a South American game was being played outside of the continent. 11th grader Ivan Frausto disagreed with the decision and said he would have wanted the final to take place in the River Plate home stadium to give the fans a chance to support their team and because the first game was played in Boca Jr’s home stadium only to make it fair for both teams.

Overall after all the controversy the final was played and it did not disappoint. The game ended in a 3-1 victory for River plate leaving them champions with an aggregate score of 5-3. Valentin called the final exciting and thrilling and despite the controversy he really enjoyed it. This final is one all fans will remember due to the soccer and controversy. 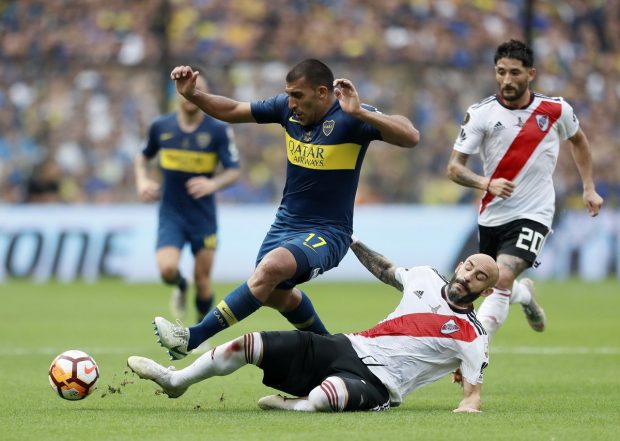