After two years of Airpods being released, they have barely began reaching peak popularity. Over the course of this school year the number of Airpod users in APB has been increasing. Both students and teachers have joined in on the trend but the question is, are Airpods a status symbol? Or are they just another hearing device? Having a retail price price of $159.99 these devices have become popular among students. Many see these as an object that can be owned and indicate a persons level of wealth in otherwords, a status symbol.

To start of 11th grade student Natalie Collantes said, “I lost my wired headphones and decided to buy some I would take care of and not lose” she also added that she was not influenced by the Airpod memes or by other Airpod users from the school. She does not believe it is a status symbol due to the fact that it’s only a meme and does not differentiate poor and rich people. 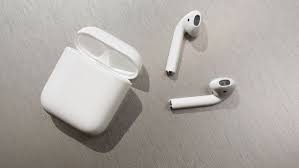 Another 11th grade student Chris Reyna, stated he bought the Airpods way before the whole trend began because he wanted them just because of the wireless aspect of it. Regarding the question of them being a status symbol he said “it’s not really a status symbol people just make it seem that way when they are not because they are nothing new and exclusive”.

Not only do students use Airpods but some staff too. APB’s campus security officer, Christopher Garcia has Airpods himself and shared how he feels about them. He mentioned that having them is really worth it because they are easier to carry since they are wireless. Another one was APB’s substitute Matthew Curry. He said that Airpods are a really easy thing to manage and handle. He does add that they were a bit pricey but at the end of the day he is satisfied with this purchase and says the airpods make up for it. Curry denied the fact that they are a status symbol due to the fact that everyone has them showing how that they are not really expensive or exclusive to extremely rich people only.

That takes us back to our original question. Are Airpods a status symbol? Everyone thinks they are not a status symbol and just another advancement in technology for our own entertainment. Airpods have out of the sudden become a common interest in society whether it is because of all the memes about them or all the famous peoples talking about them. One thing for sure is people seem to love them.