Hey in this last issue of love Doctor we will be taking on any questions from anyone. It’s the end of the year so what is gonna happen to all senior relationships and what will they do so let’s get started with that.

We asked two juniors who are currently in a relationships with seniors right now, “what are you going to do after graduation” and if they had talked about their plans.

When interviewing junior Jose Lopez, he mentioned that the thought of being away from his senior girlfriend Betsy Antonio was sad, but he also mentioned that they are going to try to make it work by her visiting him here after school in school campus.

Another junior expressed other concerns about her relationship. Student America Araujo mentioned that she is planning to stick with her senior boyfriend George Lopez and that he was also willing to stick to her and make it work out while he is out in college and while she is still in high school. A thing she is worried about is her changing while he is not here and him not being here but she also explained how he said he would visit her and go out.

We also asked a senior that is with another senior what are their plans after graduation. Senior student Marvin plans to still remain in his relationship since him and his girlfriend are going to the same college and will be dorming as well at cal state LA. 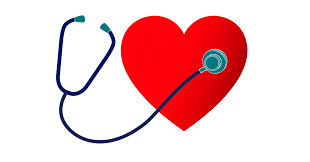 Couples tend to argue more rather than sit and talk their problems out due to fear. Some couples are afraid of saying things that their significant other may not be okay with, causing the problem to just stir more. Because they fear that, couples either drop the problem and move on or just hold in a huge grudge which is both not okay, so as a love doctor it is preferable to get over the fear and talk things out with bae. If there is trust and love in that relationship, there should also be strength and hope to get through problems by communicating.

Some peers may ask “is being friends with benefits okay?”. Truth is the affection and feelings shared in this type of relationship are not always fairly mutual. For example, one may find himself/herself having more feelings for the other, while the other person is just there for the fun that friends with benefits comes with. As your love doctor it is important to know that being the only one with more feelings in any type of relationship is not healthy, instead of it making you feel good it brings you down because it causes jealousy and insecurities. Therefor no, being friends with benefits is not good if one person ends up feeling more affection towards the one who feels nothing more than having a simple friend sharing benefits.