Things that Euphoria gets wrong about the high school experience.

By Jennifer Leon and Maricela Ramirez 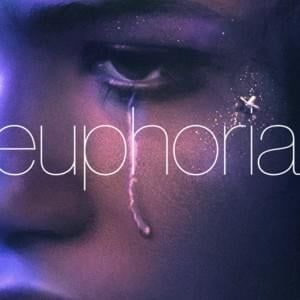 Brilliant, show stopping, never seen before, one of a kind. These are all words used to describe the hit HBO show Euphoria which is about how students navigate through high school with romance, academics and friendship while facing hardships such as social media, trauma and drugs.

Euphoria got popular since its initial release back in June 2019 although with the release of season 2 it has regained its previous popularity.

Now, the premise of Euphoria is to show how teens act through their high school years and struggles they may face but when watching Euphoria you can see certain scenes that get rid of the feeling of what high school is really like.

For instance,  in Season 1 episode 7 where one of the characters Kat is getting bullied due to a sex tape of hers being leaked. At the time, she is around 17 years old so not only is it illegal but the scenario is also unrealistic and dramatic in the sense that these things do happen but not to this extent.

Teens in middle school coming to high school could watch this series and be afraid to go to high school because of it; the show deals with a lot of heavy topics such as depression, addiction and abuse that can discourage teens from speaking out in high school and getting their full experience.

An APB senior had a strong opinion about the show, they stated, “It just doesn’t feel like a show about high school but I feel like that’s because of the outfits and scenarios the main characters are in sometimes.”

They feel like this show creates and is showing unrealistic expectations/conditions for people in high school or those who are close to experiencing high school.

Although there are a couple topics that Euphoria gets right such as how teens may deal with depression and anxiety. In the first episode of Euphoria, we see the main character Rue has a panic attack due to being the center of attention in class and not being able to speak out loud.

She is put into the spotlight on a stage and is asked to share what her summer was like. This causes her to spiral and start hallucinating memories of her in rehabilitation and how as soon as she got out she went back to doing drugs.

This panic attack was accurate  because it showed how someone spirals out of control thinking about past memories and becomes nervous and stutters in fear due to everyone looking at you. This could happen to anyone and they did a good job showing how she went to deal with her panic attack.

Most times parents or guardians will disregard their children’s concerns about mental illness or refuse to get them help because they don’t believe their children know what they are talking about.

“The show does have some parts that do express issues that high school students go through like depression, one thing they got right is how they deal with it but overall the correct representation is overshadowed by the misrepresentation in the show,” said an APB senior.

This student thought that the show had good potential when it came to talking about certain issues, like mental health, that students go through but the experience in the show got ruined by the fact that the main characters didn’t feel like high school students.

The intended audience for this show is those currently attending high school and those who will attend high school in due time. Although anyone can watch it, it is initially intended for younger audiences. 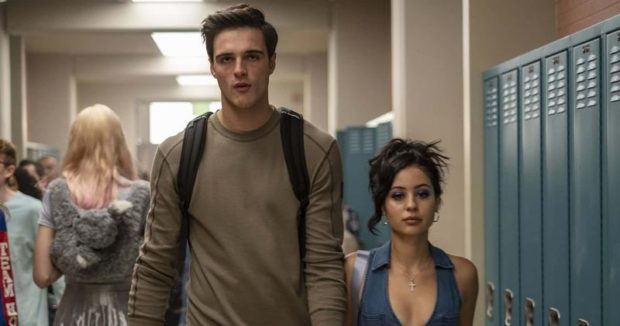 The inspiration to make this show originally came from another show with the same premise. It was an Israeli show created by Ron Leshem but instead with an American twist.

The creator of Euphoria wanted to capture what it’s like to be a teen in high school in America; Although the only reason it feels inherently American is because of the unrealistic scenarios. American shows and movies are known to be overexaggerated in their way of promoting certain issues and topics.

An example would be how in Twilight they heavily overexaggerate every movement and breathe the characters take. It makes the movie have an awkward feel to it since it feels unrealistic.

The main difference between Euphoria and high school is that people don’t really care about what happens outside their own circle. Many people tend to keep to themselves and are generally private people.

Many people in high school find people who have similar interests and create groups of friends based on that. If someone stays a part of their group then they are most likely to not care about what is going on with others or if they do judge quietly about the drama surrounding that person.

This show is the opposite of all of that in a sense because students get into all kinds of things they shouldn’t; a main example of that being drugs, but not all high school students are those who do drugs.

While there are some students who in high school do drugs there aren’t as many as the show portrays. I think this is mainly due to the fact that in our area high school/middle schools are smaller and kind of well cared for; Also because of our parents who constantly tell us not to do drugs because if we do we’ll fail in life and who wants to disappoint their parents.

Overall, watching Euphoria was a good 24 hours of my life I’ll never get back, But if you yourself are interested in watching Euphoria it can be found on HBO max. For more information on Euphoria go to their website https://www.hbo.com/euphoria.