Almost every high school student was a victim of bullying by teasing, harassing, or physically abused from one’s peer or an anonymous. Cyberbullying can actually affect someone’s mentality and eventually have suicidal thoughts. Victims would feel worthless and actually believe in the insults that a bully considers. He or she would feel uncomfortable with many negative messages from numerous people. Therefore, one of the major issues that matters to this generation is cyberbullying that can lead to depression and suicide. 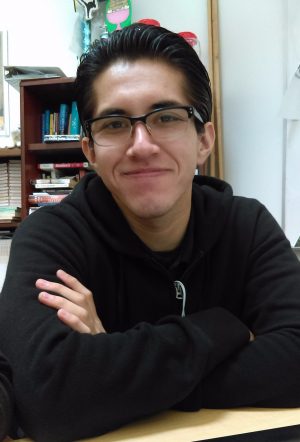 Cyberbullying can happen anytime and to almost everyone. It can disadvantage a victim and change in their behavior. Victims would be isolated from others and determine to have a lack of sleep.

“People get emotionally scarred,” says 12th grader Jesse Espinoza, “The insults stays in their mind and constantly thinking about it.”

Victims of cyberbullying would accept the insults and negativity online and believe it’ll be difficult to resolve which can lead them to commit suicide. As for perpetrators, most of them would feel guilty for their actions and believe they should be punished by also committing suicide. Overall, cyberbullying doesn’t benefit anyone but can actually hurt a person’s behavior and can lead to an emotional distress and self-harming.

“I have been bullied before,” says 12th grader Joanna Juarez, “It caused me to think less of myself but now I have friends and family to support me.”

Fortunately, there are schools who would actually help students who are experiencing bullying and provide strategies to stop bullying. Since most adults would make decisions for their children to stop this conflict, Princeton professor, Elizabeth Levy Paluck, and her researchers decided to let students deal with the conflicts of bullying without the help of adults. As a result, students helped others on their conflicts of bullying by providing them, “[a] positive behavior around their friends [and] social media strategic trainin

g…” (Kohli). This demonstrates that students would try to help others by creating programs that can avoid the acts of bullying and also benefits victims into not dealing with depression and isolation.

Cyberbullying is a major issue for both students and young adults. It has come to the moment where our children and friends are ending their lives due to ignorant comments and insults. We need to take a stand and help students as well as others overcome this obstacle.