As a freshman, I loved how much I hated this school. I had strongly considered transferring to Downtown Magnets High School because I felt I could not possibly be attached to a school where I did not feel at home. To me, Animo Pat Brown was just the school I went to, not my school. However, now as a junior, I love every aspect of this school.However,, I know, that not everyone shares the same experience as mine. 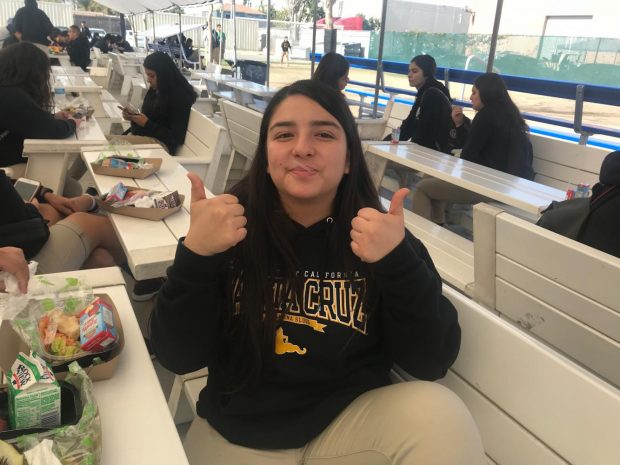 A recurring theme in the students I interviewed, was the difficulty of the transition from middle school to high school during their freshman year. An anonymous female senior said that as a freshman, she considered transferring to schools because “[She] saw that others schools had a larger campus, bigger budgets and better extracurriculars” than at APB.

Another anonymous male junior said that “It was worse for [him] in the beginning,” because he was not used to the work compared to the middle school he attended. As time progressed, though, he noticed that he had become more accustomed to actually having to do homework.

The trouble I had with freshman year, however, was not in the workload, but in how detached I felt from the school. In the 9th grade, I noticed that many students immediately felt at home because they continued to have the same friend groups from middle school. An anonymous female junior said, “I did for a while [feel detached], because it was like ‘everyone’s enjoying something that I can’t enjoy because I don’t know what’s going on.’” She also stated that, “I didn’t know what to do at first. I didn’t know anyone so

I felt kind of lost from the most part… It was just different for me because I was used to going to places where I knew somebody that went there.” For her, freshman year was a realization that she had to do something for herself (like ask strangers for directions or for clarity).

I had chosen to attend APB because I wanted to go outside of my comfort zone and experience something new (since my middle school was on the same campus as the public high school I was supposed to attend).She, like myself, decided to attend APB as freshmen because a new school meant she could create 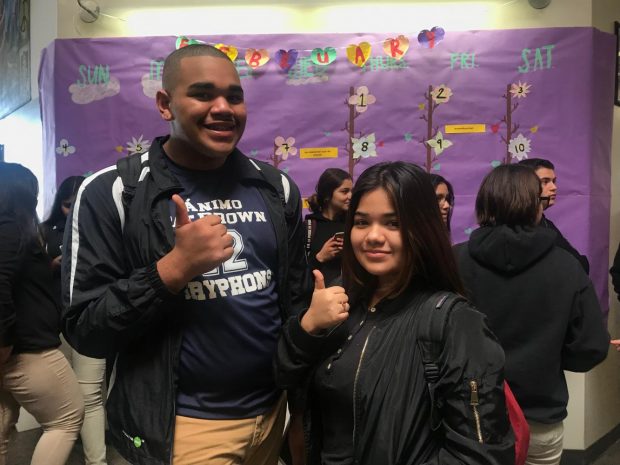 Freshman students giving their thumbs up.

for herself a new start. The same student said that she never considered transferring schools because “the whole purpose of [her] coming here was because [she] didn’t want to go to a bigger school.” At a bigger school, she believes, teachers could not develop closer relationships with their students because of the largeness of their classes.

For some students, though, the decision (or even the consideration) of having to transfer to a different high school comes from academic reason as opposed to personal ones. An anonymous male junior said, ““[They moved] because they were doing bad” and needed credits in order to graduate. Another student said that “The students that want to move are the ones that don’t really push themselves or are just here to play around.”

Nevertheless, out of the 26 randomly selected students I polled, the majority revealed that they enjoyed what the school had to offer. Some, like an anonymous senior, said that APB is great for preparing students for college, as opposed to the schools that some of her friends attended.

As time progressed, I (and I’m sure many others) have come to recognize themselves as part of a community. Part of the reason for why so many continue to stay (and many decide to return) at APB is because they feel they are surrounded by people who care about their future and education.