Tattoos are a big decision for someone to make whether deciding to get one or not. For some, the tattoos they have on their body have significance to them due to personal reasons. For others, they get them because they look really appealing. In APB there are several students and teachers alike that have tattoos. When it comes to tattoos people have mixed feelings some love them while others do not.

For Senior Anthony Ramirez, tattoos are pointless when it comes to doing one about sports, pictures of your partner or their names. Moreover, to him he would not personally get tattoos as for him he does not seem them as desirable to have. To him, “I would not get a tattoo as well because my parents would never approve of one”. Like Anthony there are others who do not get tattoos as they do not really find the relevance of it, however, there are others who do not get tattoos because their parents deny them to do so. On the contrary, there are those who get tattoos for different stories and personal significance.

For instance, Freshman English teacher, Ms.Siemientkowski stated her opinion not only on the idea of  tattoos itself but also shared personal information about her tattoo. Although, not wanting to truly confess that she has a tattoo, she decides to call her tattoo as, “a scar in my foot from a dog when he licked it.” She claims that she got her tattoo at the age of 20 so her family could not disapprove because she was an adult already. The only tattoo she has as of now is a treble clef that relates to music. When asked about the APB policy regarding tattoos, she addressed that she is, “ not quite sure, I haven’t seen any issue with APB. I know that it  must be professional, nothing bad like hate words. “ Towards her thoughts on students with tattoos, she states that, “ I mean, its a personal decision. Wait until you are 18 because your opinions change over time. If you still want them then go ahead, make sure you REALLY research the tattoo artist.” She goes on with, “ I have seen student’s tattoos that are misspelled or not straight so make sure they have the credentials. You are investing in a piece of artwork that will be with you for the rest of your life so make sure it is healthy and done correctly. Make at least five people look at it before you get the tattoo.”

When asked several students about their opinions towards tattoos, each had their own perspective towards them. An anonymous student discussed that she has two tattoos and she got both at the age of 17. The first one is her zodiac and the second one is a “spiral heart and it is a logo from one of my favorite artists that has been my favorite for six years.” She discusses that her parents do not know yet know and that she plans on getting at least ten more, but not as of now. Another anonymous student discusses that he has six tattoos and he started getting them at the age of 13. He states, “They have no other double meaning because they are like city, last name, or family related tattoos.” He adds on that his family did not mind him getting tattoos and he plans on getting at least six more. 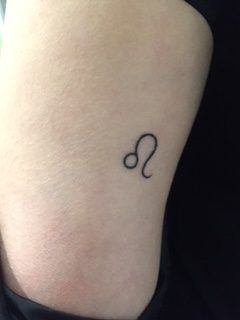 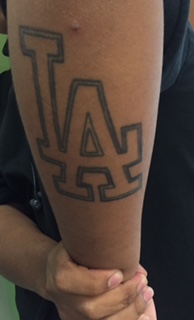 Senior Jennifer Gracia, is one of many seniors who has tattoos. She has three tattoos and got them when she was 16. Jennifer has her zodiac sign, a rose, and the initials of her brother who passed away. Her mom does know of her tattoos and approves of them, because her mother has tattoos as well. She also plans on getting more tattoos over time she plans to get a whole sleeve and also more tattoos on her leg. 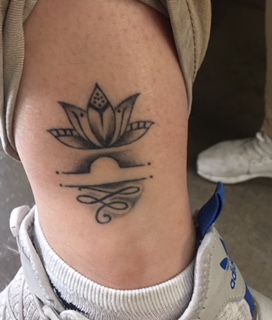 Tattoos aren’t for everyone some find them more desirable than others. Students will make their choice to get them or not but they should be aware that what they get they might regret after a year a two, or depending on their job they might not get hired. If students want a tattoo make sure it’s something you like and want after having gotten it, put in time to think about it.