By: Jose Mendoza and Shirley Zavala

Franklin D. Roosevelt park; many student’s just call it Roosevelt. This is what a large part of APB student consider their neighborhood park, and a place that many see on a daily basis.

Since the very first day of Animo Pat Brown, students have used Roosevelt Park as a way to get to and from school, and as a place where students hangout before and after class. Throughout the years, the park has changed a lot with the additions of new features like workout machines and water fountains to refill drinking bottles, as well as the removal of other machines and playground apparatuses. 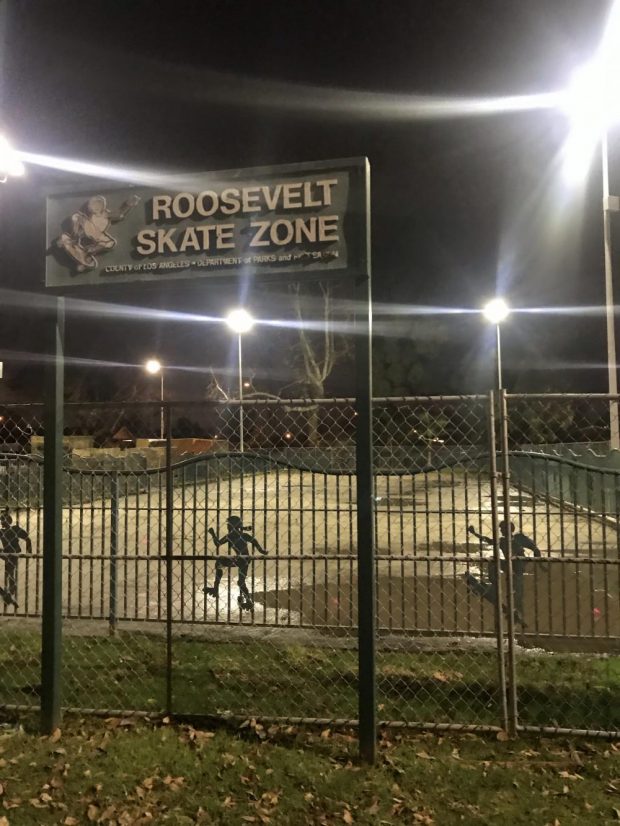 But the most recent renovations have been very noticeable since a large part of the park is covered by gates with drapes. The fencing surrounds the skate park, the soccer field, half of the walking/running course, and several road entrances that lead to the main street of Florence Avenue.

These road closures specifically have been the biggest complaint from students at APB. When asked if the fences got in his way, Senior Alan Tabres states, “Yeah they do because I usually take the short way now I have to take the long way.”

This is a problem for several student who must pass through Roosevelt in order to school on time. This means they have to leave home earlier, or find a different route, and for those not accustomed to this change, it means being late to class in the morning. 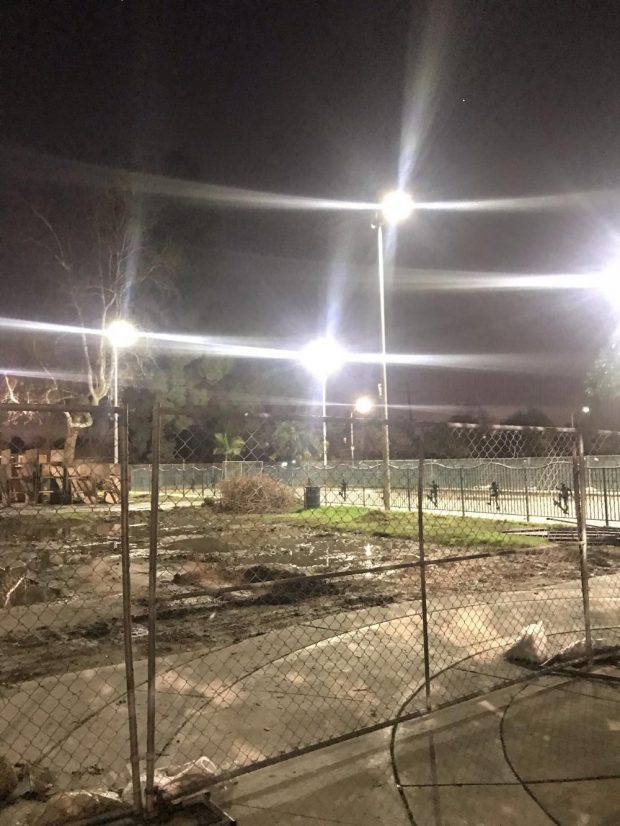 These renovations don’t just affect students walking to and from school, it also affects those who run with SRLA on Tuesdays and Thursdays.

It may not have served as an inconvenience to many people, but for athletes it has prevented them from playing sports. Especially students in the Students Run Los Angeles program. SRLA students run after school in order to be ready for the Marathon on March, they first would run at Washington park on Firestone in the past years but Washington has been dangerous for students, as they have been mugged, catcalled, and disturbed. Just last year, SRLA students and SRLA coaches started to run practices at Roosevelt. Due to the block off of half of the park SRLA has not been able to run there and have moved back to running at Washington Park.

Senior student athlete Esmeralda Hernandez shared her thoughts on safety from both parks, “I guess I felt more safe at Roosevelt than Washington… there were more people and the coaches could see where you are”.

We do not know exactly when the park is going to be ready for students to practice on but it looks like SRLA students will have to keep training for the Marathon on Washington park. We still do not know what to expect on these renovations at Roosevelt, but students are hoping to see new things that will attract them.