Researchers found that students that have good grades are more likely to be more physically active compared to students with lower grades in addition to having a healthier diet.

By Francisco Serrano and Cody Medina 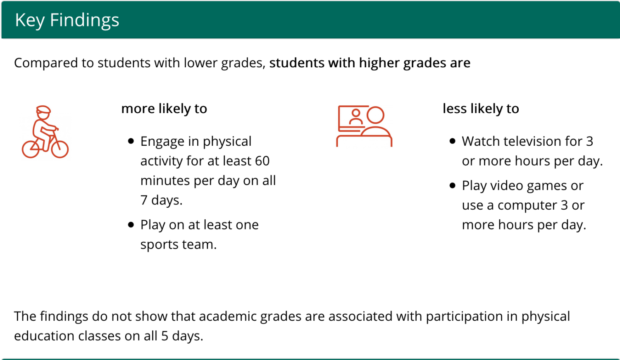 This chart compares the amount of physical activity and electronic activity students with high grades have compared to students who have very low grades. Source: CDC 2019

“Children today are born into a world where technology is deeply integrated into the fabric of daily life” said Erikson-Institute Technology-and-Young-student-survey, a source from the internet. Parents today are concerned that technology has a strong hold on today’s youth, making them unable to focus on the things around them, making them miss out on important subjects in their life.

According to Erikson-Institute Technology-and-Young-student-survey a majority of parents’ concerns for their children’s use of technology listed on the graph was that 72% feel that their children were spending too much screen time.

Physical activity is important because it decreases the chances of becoming obese mainly in teens. The prevalence of obesity in children from the age of 6-11 is 20.3%, and 21.2% for teens of the age 12-19.

Two million Americans live 20 miles or more away from a supermarket, furthermore, for every supermarket there are about 5 fast food chains. This is important because a good diet can improve students cognitive skills but an unhealthy diet makes it so students get less of the necessary nutrients your body needs to function. 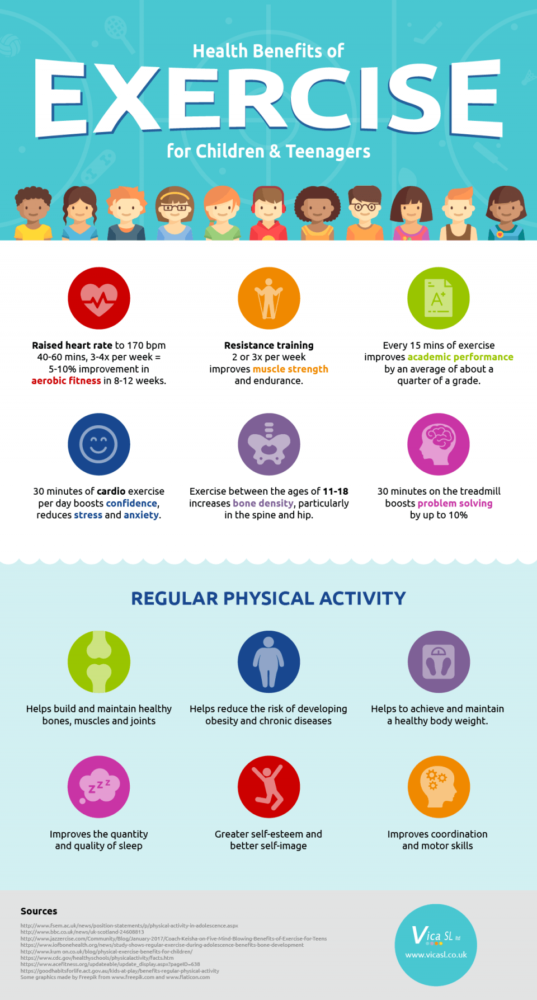 This infographic shows some of the many different benefits of staying regularly healthy both mental and physically. Source: Centers for Disease Control

Eating a good diet and being physically active have a good effect on having a happier life because the food we eat, vegetables and fruits have in them Amino acids and Vitamin B which triggers the serotonin which are our body’s “feel good” neurotransmitters. In addition, having a good diet improves the quantity and quality of one’s sleep schedule which inherently helps students focus more on their studies.

For further information we recommend checking the CDCs Health and Academics website page.