In one week, students of color from all over the US have connected to fight against racial discrimination in campuses. From Missouri to New Haven, CT, minorities have been engaging in protests against racism, gaining support from other students through social media.

At the University of Missouri, thousands of African American students have congregated to rally against the racism both on campus and in that entire state. In fact, many students have testified that bigotry and racist comments infests U. Missouri. Yet, protests against racism is nothing new to Missouri as protests in Ferguson continue after Michael Brown’s killing. 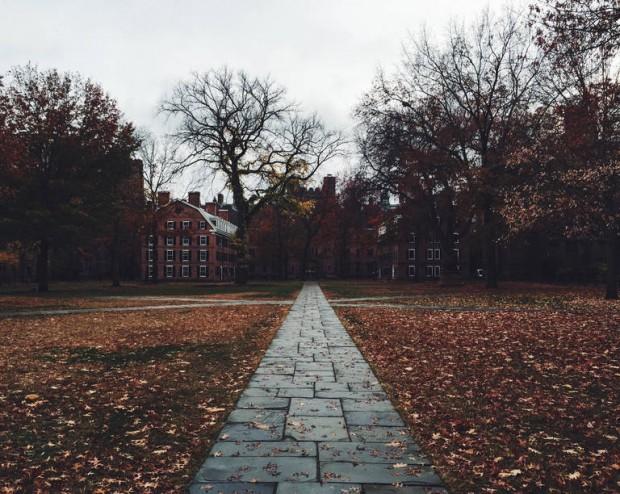 Students at Missouri claim they will continue these acts of civil disobedience until campus officials take notable actions to stop the racist atmosphere in their school.

Perhaps even more surprising, is Yale University in New Haven, CT. The Ivy League school has been involved in many controversial issues lately due to a remark a school official made.

Specifically, prior to Halloween, Yale officials encouraged students to avoid wearing costumes that could racially or culturally offend others. However, Erika Christakis (dorm official) argued that students should be free to wear anything even if someone would be racially offended. Immediately, students arrived to the home of the Christakis and began protesting against her comments. Students argued Christakis was a racist that did not care for the minorities at Yale.

“At first the reaction was chaotic, verbal threats were being thrown left and right” says Jose Rodriguez, APB Graduate and Yale freshman, in regards to the events at Yale.

However, Jose assured that once those involved became more level-headed, constructive actions were taken and people began to listen to each other’s opinions.

Regarding his ability to adapt to a predominately white campus, Jose states, “I get along well with everyone… I personally haven’t felt unsafe or discriminated against during my time here.” Jose also stated that the students have been very supportive to one another and other universities with similar issues.

Similarly, Alvaro Quintero (long time friend of Jose, APB Graduate, and Harvard freshman) states he has not feel discriminated at Harvard, but says it has been difficult for him to adapt.

Specifically, Alvaro says the main problem for him is the food and ignorance many students have towards minority students. 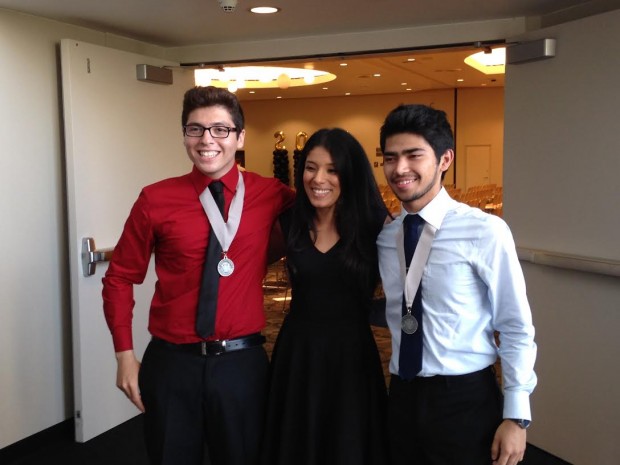 Alvaro (red) and Jose (blue) with Ms. Reyes at their graduation

“Some people only identify as Hispanic on their applications, but in reality they have no connection to Hispanics,” Alvaro points out.

Concerning the incidents at Harvard’s rival school (Yale), Alvaro opines, “That official should lose her job and publicly apologize to the student body and the country for hurting minority students and
Yale’s image.”

Both Alvaro and Jose expressed their support for the Mizzou students through their Facebook pages.

Aside from this incident at Yale, the prestigious Ivy League has another major racial issue to settle.

One of the dorms at Yale is named after John C. Calhoun (1700s US politician, white supremacist, Yale graduate) which has caused anger in many minority students. Furthermore, inside this building, there is an artwork of Calhoun with a chained slave kneeling beside him. In response, many students have pushed to remove the artwork and rename the building.

Despite being a minority, Jose Rodriguez argued that the building should be preserved and left alone.

“How reasonable would it be to say, ‘Let’s destroy any record of the Holocaust ever occurring in order to not make people uncomfortable or offended’ Art and names can’t be themselves racist. The person behind those works or that name is racist,” mentioned Jose.

The Controversial Calhoun College at Yale

11th Grade History teacher and Mexican-American UCLA graduate, Miguel Sandoval, had a similar opinion saying that both the artwork and edifice should be preserved to be a reminder of the reality of Calhoun’s racist ideas. In fact, he states that it would be more problematic if Yale tried to sugar coat Calhoun’s legacy.

Additionally, Sandoval said that he is not surprised by all the racism scandals happening at the moment. Specifically, he pointed that racism in university campuses has been around for a long time and pointed to the UCLA scandal of a white fraternity’s African American themed party.

“People have the right to express their prejudices, but they have to be ready for minorities to respond. However, when you bring in an institution like Yale, that’s different” Sandoval claimed.

Though controversy may spur on whether a particular action is racist, there is no debate on one thing: universities need to take action to stop racism on their campuses. After all, a minority student is as important as any other student.