With only 10 months to campaign, presidential candidates, from both the GOP (Republicans) and Democratic party, are going all out to gain supporters. For some candidates, this mass advertising has gave its rewards. For others, not much has changed in the polls.

Bernie Sanders was lauded for his performance on the most recent democratic debate, where he fiercely defended his socialist ideals. As usual, Bernie brought some humor to the debate, which also gathered many applauses from the audience. What was new in this debate for Bernie is the fact that he basically controlled the first hour of the debate. However, Sander was never able to seriously harm Clinton which may backfire when new polls arise.  Although he did have a few dim moments, such as in his discussion of gun control, Sanders gave an overall good performance. 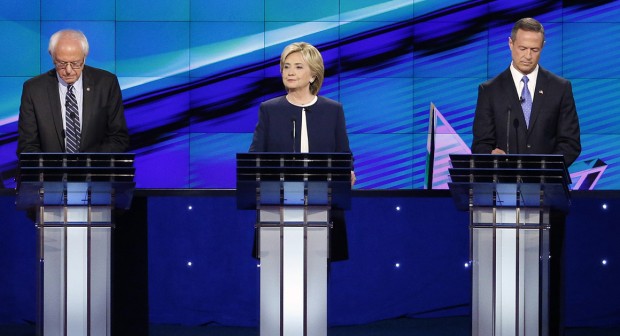 Martin O’Malley also delivered a surprisingly good performance Sunday night, considering the amount of time he had to speak during the debate. In fact, this time limit allowed O’Malley to state quick, clear answers leaving his opponents with little to work with to rebuttal. Unfortunately for O’Malley, this performance will do nothing to change his 1% support in the Democratic Primaries.

Aside from O’Malley’s performance, the other big surprise of the night was Clinton’s relatively weak performance. Because Sanders was the star of the debate, Clinton’s points were seen as weaker. For much of the debate, Hillary seemed disconnected and not in her best moments.

Moreover, Clinton continuously called upon her support for the Obama administration and did not talk about her plans. To some point, this Obama routine got annoying and irrelevant.

Hillary did show some good moments when Sanders was overpowered by his emotions, such as in discussion of gun control and health care. Here, Hillary was able to get back on her feet and gather large amounts of applause. Furthermore, on her closing statement regarding the Flint, Michigan scandal, Clinton did incredibly well.

Even before this debate started, there was already large amounts of controversy around it.

First, GOP candidate Rand Paul took a risky and controversial decision prior to the debate. Informed that he would be part of the secondary debate (debate for candidates that have close to no chances of being nominated), Paul boycotted this debate claiming he deserved to be in the primary debate alongside Trump, Cruz, Rubio, and the other main candidates.

Response to Paul’s decision was mixed, as some called him spoiled, while others praised his courage and drive. Nevertheless, Paul received tons of publicity, which may help him in the polls. 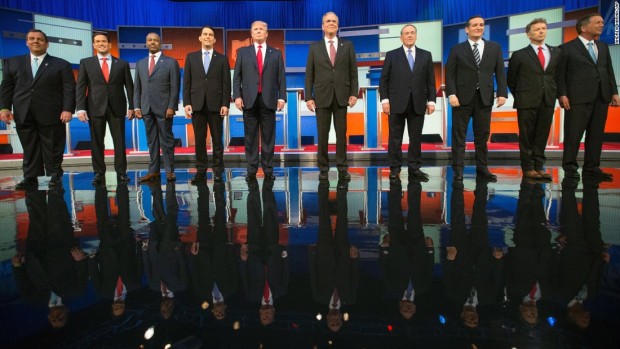 Another controversy sparked when Donald Trump stated that Ted Cruz (his main adversary) is not eligible for the presidency as he was born in Canada. Despite these claims, Cruz insists that being the son of a US Citizen grants US Citizenship and the ability to become president.

As expected, Donald Trump was the star of the debate because of his attacks on Ted Cruz. Some even go as far as to call this Trump’s best performance yet. Specifically, Trump’s highlight came during a battle with Cruz when Trump referenced how the people of New York responded to the 9/11 attacks. This absolutely crushed Cruz’s argument against New York values.

Ted Cruz also came out a winner in this debate as he was, for the most part, able to retaliate at Trump’s insults and ideas with his own insults. For example, when Trump questioned Cruz and his ability to be president because of his birth in Canada, Cruz explained that he is constitutionally eligible to hold office. In fact, he even questioned Trump’s home, Manhattan.

Marco Rubio also had a good night with his aggressive behavior and unresponsive opponents. Though his ideas are not too different from others, abide his immigration plan, Rubio was able to communicate his ideas in an excellent manner. He also gathered many applauses by constantly downgrading the Obama and Clinton administration.

Chris Christie had a decent debate. Although he did not talk much, he did remind the audience of all his experience as New Jersey Governor. At least this time, he was not ridiculed by Trump or social media.

Ben Carson was unable to do anything in this debate as he rarely talked, and when he did, simply connected problems to his work as a neurosurgeon. It also doesn’t help that Carson’s body language seems tired and careless.

To make things short, all other candidates lost this debate as they did not speak at all or make any important comments.

Thus, it is now clear that Sander was not joking around when he said, “It seems that inevitable Democratic candidate nominee [Hillary], m 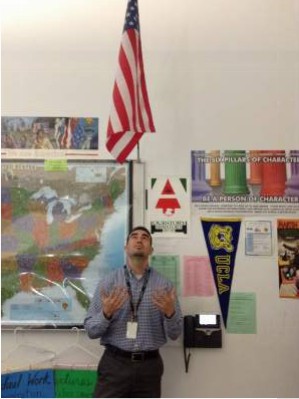 ay no longer be so inevitable.”

APUSH teacher, Miguel Sandoval states he would like Bernie to win, but thinks Hillary will get the democratic nomination. “Sanders is too radical,” Sandoval suggests. Specifically, Sandoval believes that Sanders’ socialist ideas will alienate voters.

Jocelyne Hernandez, a sophomore, was a bit more liberal with whom she supported. Specifically, Jocelyne said, “I’m fine with anybody who will help me and my family, so obviously not Trump, and someone who wants to make the country better.”

Despite his unfavorability, Trump leads the GOP in all polls.

In the primary polls, Trump is backed by 36% of Republican voters, Cruz by 17%, and Rubio by 11%. Despite a commanding leader, Trump has declined in his percentage a bit and Cruz has grown.

For New Hampshire, the situation is very similar. Trump holds 37% support, Cruz holds 2nd place with 17%, and Jeb Bush and Rubio are tied for 3rd with 10%.

In Iowa, things are a bit more unclear as some polls put Trump ahead of all other candidates, while other state Cruz as the leader. For now, Iowa remains competitive for the GOP. 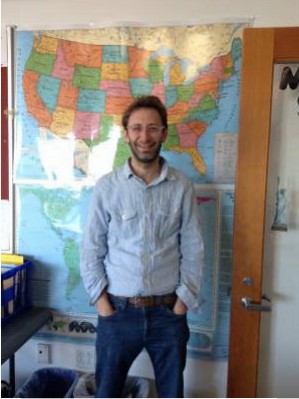 Joel Snyder, AP Government teacher, shares this his feeling of not being sure who will be the GOP nominee. “If you would have asked me a few weeks ago, I would have said Marco Rubio, but now I don’t know,” Snyder mentioned. Snyder went on to explain that there is no one candidate that should be discarded for the GOP as all have a shot at the nomination.

Jazmin Ramirez, a senior, had a similar stance on the candidates. “I think, right now, it is really hard to say who is the best candidate because they are all over the place,” Jazmin states. Furthermore, she did not think one sole candidate is definitely going to win the presidency. Nevertheless, Jazmin expressed support for Bernie Sanders’ ideas.

Finally, when Trump and Clinton are put head to head, polls show Clinton as the winner by 4% according to a poll by Huffington Post.

Despite what polls say, a lot can change in 10 months, so all we can do is wait and watch how campaigns unfold.