Supreme Court: Why should we care?

By: Jocelyn Carranza and Shirley Zavala

Election Day is near! At the moment a judge who has been accused of sexual assault from three different women is serving as a Supreme Court justice. Brett Kavanaugh was nominated and endorsed by elected President Trump even after the accusations by Dr. Christine Blassey Ford came out in which she accused him of sexually assaulting her when she was a teenager. She stated that Kavanaugh was “visibly drunk” at a highschool party one night. She was going upstairs to the bathroom when she was shoved into a room, by Kavanaugh and another man named Mark Judge. The men locked the door and Kavanaugh got on top and groped Blassey. He was intoxicated so it was difficult for him to undress Dr. Ford. She tried to escape but Kavanaugh pinned her down and the loud music kept anyone from hearing. Dr. Ford believed she was going to get raped that night but she managed to get away and hide in the restroom until Judge and Kavanaugh left the room. 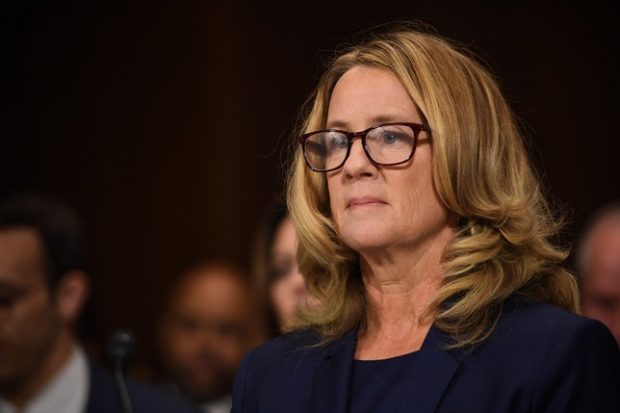 What does Kavanaugh have to say about this? When it was Kavanugh’s turn to speak at his hearing, he came out with very angry allegations, and crying that he was innocent of the sexual accusations. Testimonies against Kavanaugh that can provide evidence for Kavanaugh’s substance abuse have surfaced through an excruciating test that Dr. Ford had to take which is called the polygraph test. Dr. Ford had to take this test for the hearing, she was willing to tell her story in front of the whole country. No matter the discomfort and the pain she would have to go through about talking of an experience that scarred her for life. All this in the effort to convince the U.S. senate to not vote for Kavanaugh.

The way that Kavanugh handled the situation was in a very inadequate manner. He did everything you weren’t supposed to do. Starting with, showing how angrily he answered the questions in the September 4th hearing. Which does not help show he is a person incapable of sexual assault. Several times throughout the hearing when asked about his drinking when he was younger, his answers were inconsistent. Saying he would not drink to the point of blacking out, yet claiming he liked beer and still does.  He even accused the Democratic party on planning this against him. In all, in the hearing Brett Kavanugh proved in so many ways, that he was not a fit candidate to be a Supreme Court Justice at the moment. He was elected and accepted as a Supreme Court Justice, and several people have been protesting about it.

Although, Kavanaugh was already elected as the Supreme Court Justice, that’s no reason to give up and not vote on the election coming on November 6th. This election will include voting on senators for California who are in charge of authorizing and making laws. These positions are held for six years, so it is important to choose who  represent us. Also, it is important to choose what political party will take control of the U.S. Senate and House of Representatives. Now more than ever we have a chance of becoming a more democratic country because this generation is full of young latino voters. We have the advantage because many immigrant families who had children here are able to vote now since they have got older. Young latino voters account for 39% of all latino voters which is why it’s important to encourage these people to vote. By voting they get to choose who represent them and the issues they face. More than ever, it is needed to vote because we are currently facing a more Republican democracy that does not represent the majority of us.