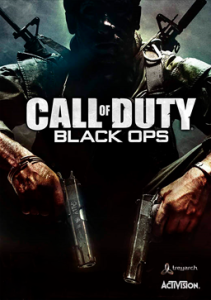 While some may think that certain tragedies like the Sandy Hook Elementary School shooting are influenced by violence, APB students think otherwise. There has always been a controversy on whether or not  video games lead to violence in children and teenagers. Some say that the more someone plays video games,the more they become influenced by the violence and therefore become violent themselves. On the other hand, some say that the more someone plays video games, the more prepared they are to make fast life decisions.

Recently, the controversy on video game violence has risen since the massive shootings have occurred throughout the United States of America. In the most recent shooting on December 14, 2012, there was a massacre in the Sandy Hook Elementary School in Connecticut. The shooter was a 20 year old man named Adam Lanza who claimed to have mental medical issues that were later on, proven false. Then the investigators claimed that the murderer used to play violent video games that may have contributed to his violent actions.

Since the shootings, there has also been an issue over gun control in major video game companies like Activision,Treyarch and the Comcast Corporation. They have been looked upon by government officials to discuss how much violence should be issued on their games. On the eleventh of January 2013, vice president Joe Biden reached out to video games industries for ideas Congress can use in their proposals for gun violence.

Junior Armando Guiterrez said, “The government should not be interfering with video games and the violent they contain because it is all fake anyway and it is up to the consumer whether or not they want to buy the game.”

There are many strong opinions about government involvement on this gun regulation issue. Many believe that a stricter gun law will not solve any problems people are facing. Instead, they believe that more government interference will just spark more controversy and add additional problems that America does not need.

Military recruiter Sistrunk said, “People kill people, guns don’t kill people.” This just shows that to have a safer America, you do not have to ban the guns, it is the people who are the problem. The real danger depends on the person that has ownership of any type of weapon.

It is said that those with a mental illness that prevents them from accurately using a gun should not be able to be in possession of one. If they do own a gun, it should be kept under supervision to ensure that it is kept at a safe place to avoid any accidents.

If they are under constant supervision, the hazard risks can decrease dramatically. That can be the safety precaution everyone can take to ensure that people with psychological problems will not harm anyone with a gun and put everyone and even put themselves in danger.

Despite the government taking action, the video game companies themselves take precautions to ensure the consumers know what they are purchasing for themselves. For example, to buy video games from the series of Call of Duty, you must be 18 years or older to purchase the game in the first place. That policy is applied to almost every single video game that is on the market so that minors can not just go ahead and buy the game without their parents knowing.

Also, in the back of every video game, there are warning labels that describe any violence that is portrayed in the game like foul language and blood and gore. These labels inform the consumer about the major content of violence that the game has so that when you decide to play the game, you are not surprised to see or hear something you are not aware of.

And finally, there is a rating on the back cover of the video game. Usually the most violent ones are rated “M” for mature because the intended audience for those games are usually adults. There are also other ratings like “E” for everyone because those games usually contain a limited amount of violence in it.Therefore, consumers are aware of what kind of games they are buying before they buy it.

Also, the majority of people that play video games aren’t violent individuals. Games that contain violence are intended for a certain audience because they contain many graphics that may be inappropriate. That is why it is vital to know the content of a video game because you can decide for yourself if you want the game or not.

However, even little children and young teens play these kinds of games but they all know that everything in the video game is fake because the parents tell them that it is not real. They know that the people you kill in the game and all the weapons you use is fake and is only made for entertainment.

The only way a little child can become so violent is if their parents are careless individuals that do not properly discipline their children. If the parents let their children play those games then they have nobody else to blame but themselves. They have the power to determine the behavior of their children.

There has also been arguments that video games should increase the age limits so that a more mature audience like adults would be able to play. But the truth is, no matter how much the age limit is increased, anyone can still own a copy. If you don’t meet the age requirements to buy a game, you can always ask your parents or an adult you know to purchase the game for you. There is always a way you can come into possession of a game if you really want it. 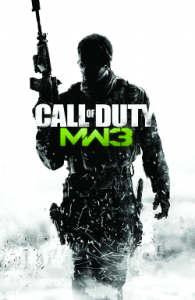 New violent video games will always keep releasing from companies to gain more consumers. The purpose of those games is to entertain a person when they are bored so they can play video games as a type of hobby. No harm in intended from those games because they were created for enjoyment.

There are a bunch of other things that can turn a person violent not just video games. For example, there was a recent manhunt for a guy named Christopher Dorner who killed 4 people, whom of which was a LAPD officer in Southern California and some of their family members. He too was an officer but he felt that throughout his life, people had done him wrong. Therefore, he created a hitlist of those he wanted to seek revenge from.

After the cops went to search for him, he went on the run with a hitlist of the families he is planning to kill before he gets caught by running off to Big Bear, California.

This act just shows that videogames are not the only things that influence violent actions. Sometimes people become violent by the experiences they go through in life, not necessarily from the games they played as a child. Christopher Dorner had personal issues of his own about the people in his life and that caused him to do the worst decision of his life which is kill innocent people that he knew.

Sure the video games may have names of real places like Iraq and Afghanistan in their games but all the missions are not real and never will be real. The people you kill are made up enemies that have never existed and you can always respawn in a game unlike in real life.

Despite the arguments on gun control and video games, everyone is entitled to their own opinion. But the majority of APB students believe that video games do not contribute to violence and that the government should find new tactics to secure America’s safety.