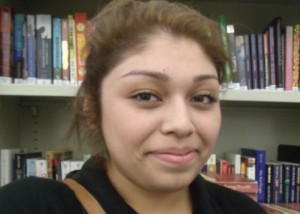 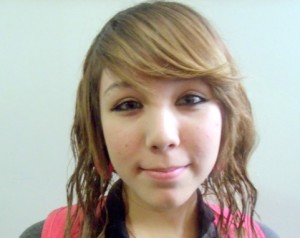 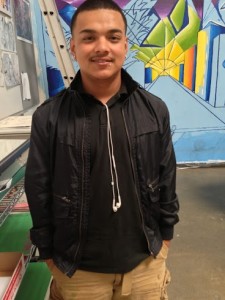 What do you think about students being judged over their past schools? Should we allow that or should we prevent that?

When entering to a new school, many students get judged over there past school years by people that don’t even know about their experiences they’ve had in their Elementary School, Middle School, High school or maybe even College. Many students get judged based on the school they came from, by rumors others may have heard and some even get depressed because other students telling them rude comments just as if they were being bullied. Many students say that coming from a school that has fights they will also bring fights to school their new school. Others don’t suffer those same consequences of being judged because they come from a popular or influential school, but when it comes up to them being judged by their past schools, they wouldn’t like it. Others see it funny that some of the stereotypes said are stupid and believe that even though there may be a student coming from a school that has the worst stereotypes they still believe that him/her has the ability to bring success to the school. Students should lose interest in where students come from and focus on searching the capability of the student’s performance in school.

But one of the schools that has the most negative stereotypes is Charles Drew Middle School. The stereotype which holds that students from Drew bring low representation to their high school and the high school feels more unsure about their academic ability when they arrive as freshmen. Some even believe that those from poorly represented schools perform worse than highly represented schools on their tests. If  students criticize other students by their physical appearance for example if dressing baggy, of course they will blame that on the school that they’re coming from. Even adults criticize schools too much because of what others say. They either hear rumors and they go along with it saying thats students who come from those schools are bad influence just because others say so. Just because of the rumors they hear, they don’t want to send their children to that certain school because they hear negative things about them. On the other side, other parents don’t care or don’t believe about the rumors being said and they send their children to the school they are supposed to be in. Not all schools are perfect and even though a student may come from a school that is known by their negative stereotypes like Drew, the student may bring high expectations to the school and perform highly on their standardized tests helping the school come to a higher level than other school.

From our perspective, people shouldn’t get judged over their past few schools they came from because they don’t even know what they’ve been through or if its actually true what many say about the school. Some students may get offended by students being judged over their past schools mostly when they’re new to a school. Teachers are the ones responsible for making sure that the students are well prepared for when they enter to new school. They should only be hired if they teach well and if they are dedicated to their job. In other situations, it also depends on the students because for example if that one specific student is not taking their education seriously then that is why they get judged by people as well because knowing that they don’t take their education seriously others may think that that is why they went to a school that others make fun of and get judged. Students make fun of others or judge them  because of not only their school but based on their knowledge. Many just say things for the purpose of hurting others. Students shouldn’t get judged because probably someday the person that is teasing the other person will get judge once entering to another school where theres even students with more knowledge and sophisticated language than them.

For example, when I, Brenda Lopez graduated from Parmelee Elementary School my mom was trying to find a Middle School where I can attend because she didn’t want to send me to Fremont Middle School.The reason she didn’t want to send me there was because she was told that Fremont was a bad school and that many bad things occurred there such as fights and that students didn’t really learn much.So, my mom decided to send me to Charles Drew Middle School, which was another school in which others judged by the way the school looked, but I had no other option so I attended there.People would say that Drew Middle School was a school in which there would be riots and where supervisors wouldn’t do much about it to prevent it. The first day I attended that Middle School I was somewhat a little scared because of what my mom told me that others told her.The first day I arrived to Drew I had many questions going through my mind because I was nervous and scared at the same time. I would say to myself, I wonder who am I going to be with? Would they be nice? Would they have a positive or a negative attitude towards me? What teacher would I get? Would I make friends or not?. I would have so much questions that you wouldn’t even imagine. When I started attending Drew for my 7th,8th, and 9th grade year it turned out so well that my negative imaginations about being there would turn out good.I did so well in that school that I even graduated with an honors class.Now I look back to the things from what I use to think and i wonder to myself why would I imagine all those negative things? When others say thing about Drew Middle School such as that it is a bad school I just say to myself that it’s not even a bad school it is just that they take it as a bad school because of the rumors they hear. When I say my story to them they get shocked because they would never imagine that I would end up graduating and even in an honors class. Now that I know how certain people are in school I say that it is based on the students if he or she does many things to succeed.

A stereotype in my middle school in Mt. Pleasant, Texas was that the Mexican race always took every American’s job. I completely disagree with that stereotype, because Mexican people get hired for their qualities just like any other person in America. Stereotypes such as that makes me feel disappointed in those around me. I believe we are all here to succeed, and staying united in the same team, we can all achieve and reach our dreams. I have not encountered an act of favoritism here at APB.

As you can see from Emily Meza and Jasmin Zendejas there hasn’t been no favoritism here at APB and hopefully in the future there’s none neither. But there may have some judgmental times where students at APB critique the freshmen new students that come. APB’s focus should only be based on the intelligence of the students not on where other students come from. But if you’ve ever been judge, it doesn’t matter, all that matters is that you have passion and desire for what you’re doing and continue concentrated on school to graduate from wherever you are and get a career. Sometimes even when students report feeling comfortable with a conversational partner, they are judged by those partners and by an observer and then you may have to distance yourself from them if they continually judge/disapprove of what school you came from. But also keep in mind that sometimes even the person you’re criticizing because of where they came from, they may result being more intelligent than you and end up getting a higher education than you. Just because others say many rumors from different schools that doesn’t mean that the students attending that certain school won’t success in the school they will attend