Teens in high school tend to demonstrate more affection than any other age, but should they be allowed to? Ánimo Pat Brown’s mission is to prepare all students for college, leadership, and life, along with our core value: respect for others and the community. In order to ensure these goals, our administrators have assigned a public displays of affection rule. Public Displays of Affection (or PDA for short), are any physical displays of affection, which can last no longer than 3 seconds, according to school rules. Assistant principal, Mr. Ngu, believes it’s important to have PDA rules here at ÁPB. Mr. Ngu states that as a school and workplace it’s inappropriate to show too much affection. One of the PDA rules includes hugs no longer than 3 seconds. Mr. Ngu said that the reason there is a 3 second rule for hugs is that for some kids it could be tempting to do other things. It can be offensive and awkward; they should be aware of their surroundings and environment. “They need to be and act respectful, especially if you’re next to adults who teach you, in the ‘love hall'” (right hall where all couples meet).When asked if there should be rules with teachers and staff interfering, Mr. Ngu said, “We don’t want anyone to feel uncomfortable so we have told staff to enforce these rules.” Principal Hartford also commented that he gets “awkwardly close” to get his point across. Many of our students may not know but in our planner in page 11, it states, “Any member of the Ánimo family may enforce this expectation” However, Mr.Ngu said we have to ask respectfully. He said students should feel comfortable and have a right to ask someone to stop “making out” Mr.Ngu says, “It’s their school, the more students know and realize it’s inappropriate , the better” Mr. Hartford also commented that in college the staff does not tell you anything, but your friends will. He says, “There is no kissing police” Mr.Ngu and Hartford both agreed that there are certain places and limits to where to show affection. They also said we need to act professional. When asked if there should be exceptions after school Mr.Ngu said, no. As long as students are still in school grounds we still have adults and classmates around them that they can make feel uncomfortable. He said “It’s outrageous to think it makes a difference. You wouldn’t do it in front of your parents, so don’t do it in front of students and staff “

Students at Ánimo also stated their opinion in our “3 second rule” Junior, Jose Fernandez said “It should be changed to not having it at all because no one follows it anyway”. In contrast Senior Edgar Gonzalez said, “It should stay the same because it’s uncomfortable to see; it’s unprofessional” Similarly, Freshmen David Rios and Stephanie Estevez said, ” It should be changed to 10 seconds: more interaction between the two people” Senior Stacey Erazo had two different opinions. Stacey said regarding hugs, the 3 second rule should be extended. “sometimes your hugging your friend, it’s nothing perverted” on the other hand, kissing should only be “pecks no tongue”

When asked why we have PDA rules in a place where it would most commonly be found, almost everyone responded that the main goal and purpose of the PDA rules are to maintain a professional image. Whatever any one of the APB students does, good or bad, directly reflects the school itself. The PDA rules were created to establish a comfortable environment for both the students and staff. APB’s rules are explicitly stated and can be found in every student’s planner. The rules state that any member of the APB family can enforce the PDA rules, including the students. Unfortunately, despite all these provisions, you will still continuously encounter students who violate the PDA rules.

When asked about PDA, many APB students have a variety of opinions about the topic. To begin with, PDA is short for Public Display of Affection, meaning when people, students in our case, are showing their “love” and “affection” for each other while in public areas. In most cases, students are walking down the hallway minding their own business when the see out of the corner of their eye their peers being affectionate towards each other in what they call the “Love Hall”, which causes the students to feel uncomfortable and somewhat awkward to be around. When interviewed, both Junior Jose Fernandez and Senior Edgar Gonzalez believe that their affection should be “expressed within the couple” or “on their own time”. On the contrary, the freshman couple Stephanie Estevez and David Rios both believe that PDA is something they are OK with, “you need to do your things” says David. PDA should be kept comfortable because according to Senior Edgar, who was mentioned earlier, he believes that “it’s unprofessional” to be doing in school. As we interviewed for more opinions, we had an interviewee saying that there are “no exceptions; if they want to make out, then it should not be on school premises”.

As the years pass students seem to understand more and more of the goal and reasoning behind the PDA rules. As we interviewed 9th grade couple Stephanie Estevez  David Rios we realized they come in not agreeing with the PDA rules saying, “You need to do your things” they also agreed that showing affection at school was acceptable because some couples may not have time to see each other outside the school premises. While the junior couple Enmi and Jordi and senior couple Maryjane and Celso have a different perspective of the PDA rules. Junior couple stated they agree to have PDA rules, “So the school can look professional” and senior couple said we need them to, “ Keep the school appropriate to show APB visitors our respect”. Every year we spend at APB we realize the rules are implemented to make school a better environment for us. 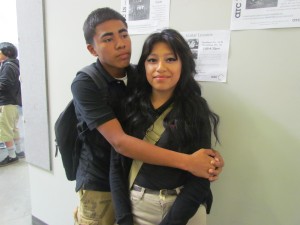 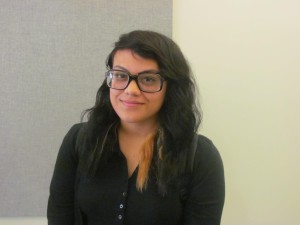 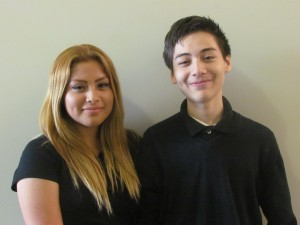 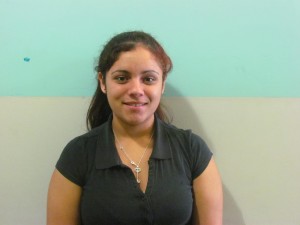