Common Core exams are a series of college-and career-ready standards for kindergarten through 12th graders in English language arts, literacy and mathematics. According to Corestandards, “44 states, including California have freely embraced the option and are currently working to implement the standards as part of thier curriculum.” A group of lawmakers and education experts got together and congregated about the education system not being fair for all students. As a result, they gave these exams a trial to decide whether or not they would fix the injustice in education.

Pearson, an education publishing institution that helps schools and large corporations congregated with New York officials and incessantly congregated until they came to a compromise that is worth of about $32 million dollars to develop the lengthy tests known as the Common Core. Through thier approval of these exams they realized that the exams were too much for children from kindergarten to third grade to handle. Therefore, they exempted these grades. Nonetheless, the teachers teaching these levels of education have been given a dramatically changed curriculum solely to prepare for future Common Core exams.

It can be seen that students can complete something that they have studied and learned, but how will a student do if they are placed up against something that they have never seen before? According to what the Common Core should do, it should make students react to simple problems in an efficient manner. This is because the purpose of these exams is to serve as a simulation for real world events for when these students are in their jobs. For example, once with a career an individual can not rely on a teacher, one has become independent and work things out alone.

One has to learn to do things right and efficiently on the first try. As can be seen here, the engineer is his own boss.

Animo Pat Brown, being one of the few schools that correctly prepares students for college decided to take these exams to find out whether they should improve on something and to determine if the students are on thier way on becoming independent, rational, and logical individuals. 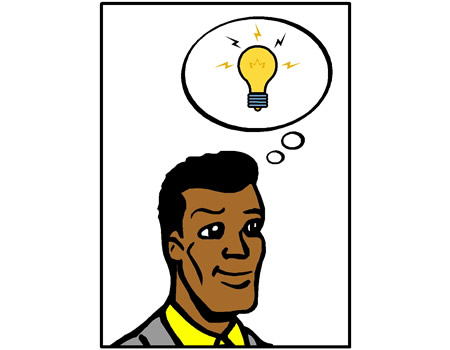 Max Coraza, a junior believes that the common core tests were pretty much useless because it tests us, juniors, on basically what we are supposed to know but really do not know. He said, ” I believe that they are not necessary because the CST was a much simpler way to test at what point the students learn in their school, but with the common core it requires computers and that can be costly. In addition to this, a computer can also crash at any point. The common core tests show basically the same thing the a CST score would show. I believe this test was basically for the sole purpose to begin completing test with technology.” Overall, although there might be loopholes in what Max said I agree to some of the points he tries to extend on.

In addition, we have Esteban Vazquez who believes that  the tests were necessary becausw according to him he has  enough tests in school. Also the tests don’t show anything because the ones we took were too simple to understand and super difficult so they couldn’t accurately test our knowledge. Plus, we were told they were just trial tests thus, I do not think that everyone in APB took them to the most serious extent possible. Overall, he pronounces, ” the tests to me were just a waste of time.”

Furthermore, Ashley Sandoval, a junior did not like the Common Core. She felt  as though they weren’t necessary at all becasue they could not possibly measure the intellect of an individual through a test that students know nothing about. She belives that they really don’t show anything, they just show the advances in testing technology.

Francisco Machuca believes that the Common Core tests  were not completely useful and were a waste of time. The english part was fairly easy because it was just read and give the best answer. However the math part came to me a bit suprising, it had things that I had not practiced for,  but I pulled forward with my best effort.
Christopher Cornejo, a junior believes that the English part was actually fun. He says, ” This has been one of the few exams that has interesting passages that actually engage you and keep you wanting to read more and more.” As for the mathmatics part,  it came to him fairly challenging becasue although he received math involving polygons they were connected to graphs and equations which made the problems require more time and effort, but he says, ” I think that I did just fine.”
Link to video: https://www.youtube.com/watch?v=Si-kx5-MKSE
Journalism 2013-14, News, Opinion, Uncategorized