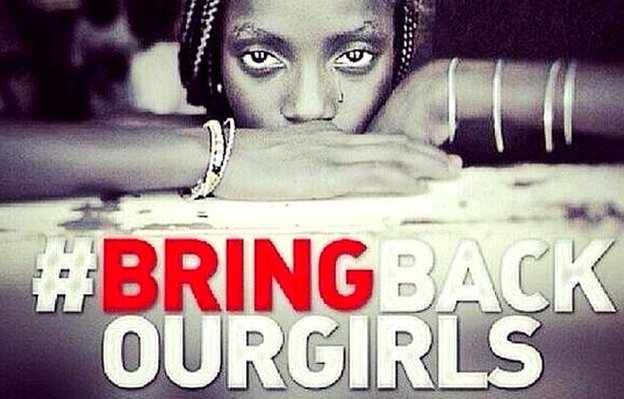 The girl escaped  a local official said before they got abducted at 11 pm he received a call that there will be 200 men in 30 morticle 30 pick up trucks heading towards the town of chibok the official alerted soldiers that were guarding chibok they will woke up residents telling them to flee the soldiers send an sos to nearest beres that was an hour away . the bacums army arrived two hours later after the warning went out the soldiers try to fight the military but they were outnumbered and outgunned the soldiers fled after running out of almo the militants headed for the boarding school the girls who escaped said that they can hear gun shoots by the nearby town when armed men barged in to the boarding school they thought they were soldiers that were coming to rescue them they realised they were militants when they heard the kids outside they took all the food from the storage room the girls were told to sit behind the militants trucks while the school was set on fire the trucks drove through 3 villages before the car of fighters flowing the group broke down one girl say that 2 girls  jump out before the headlights of the militants car came back on other girls also manage to escape  and hung on to low tree  branches and waited until all the visuals pass by  the girls group back together to walk back to safety when the incised a man on a bicycle they guy acomon them back home  almost 300 hundred girls are still missing after  3 weeks of the mas kidnaping  bokaharm which means western education is sinful has threaten to sell the girls who were abductive

Actress Angelina Jolie said during her press conference that she is sicken by the fact that they are out there right now, they are terrified of being abused and sold, and only if they believe that girls should not have an education, which is absolutely wrong. It is appalling of course they are right the most important thing is for a girl to get an education but they are going to be so violated and if the world does nothing, they can get away with.

The government should be doing  more to help out because if they don’t it could be too late to save the girls. This is a very controversial thing to get involve with because you don’t know what kind of reaction people are going to have to it.

I was surprised  when  I saw this I did not know how to react, but only with shock. I believe that the U.S should send help to find these girls. Nigerian government should not be scared of these people because if he is, other people will be scared too. Being afraid doesn’t make anything better, because the country won’t be able to unravel the problem. #bringbackourgirls

By Melissa Gonzalez and Joana Osorio