It is the beginning of the new year but it is also president Obama’s last year in his presidential position. Obama’s two terms are over and it is time to elect a new head state for the country. The next presidential election will be the 2016 election. This will be held on November 8, 2016. We are accustomed to Barack Obama, and U.S first lady Michelle Obama, that new ideas and new events must still take place to keep our government and economy moving forward. 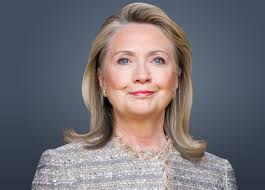 This election leaves the united states economic crises and other problems not only on the runners hands but most importantly to the citizen because they are the ones who will be choosing the person who will have the power to change the whole country. Also, the power to create or not create big events that can become important dates in history. Especially with republicans taking over the whole presidential roll. 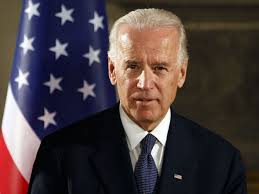 dates on the democratic side are, former U.S secretary of the state of New York, Hillary Clinton and, Delaware’s Vice president, Joe Biden. On the republican side we have, former governor of Florida, Jeb Bush and, former governor of Massachusetts, Mitt Romney. These being people that we have heard of before or seen before Hillary Clinton ran against Barack Obama on the 2008 presidential election and was defeated but is still on the battle to be the first female to become the president of the U.S.

Jeb Bush is George W. Bush’s brother and it is his first year getting elected. George W. Bush, his brother, has already gotten the opportunity to be the president of the United States since the year 2001-2009 and now it is time for the next brother to take lead too. Mitt Romney was seen not that long ago on the last election versus Obama. So this gives us a few ideas of what he is capable of bringing to the table.

Former student Brenda Ortiz, junior at APB, says that “republicans are most likely are  going to win next election because they bring more ideas, I want a president that  won’t brainwash you”. Not only does Brenda want a non-manipulating president, but  also a president who won’t take out immigrants. An anonymous senior from APB  says, “ the republicans will win the democrats because I feel like all these years  they’ve been preparing themselves for this election..,  I also believe Hillary Clinton will become the next president because I feel like she has more potential.., she would be the type of person I would want to see running the whole country”.

Principal Hartford from APB says, “ Either side could win, it depends on who the democrats or republicans nominate to run for president.., I think Hillary Clinton, Jeb Bush, Joe Biden, and Mitt Romney all would be running for president, but if I had to guess I think that the two finalists will be Hillary Clinton and Jeb Bush”. Hartford says. “I hope the next president will continue to make sure college is affordable for all students whether they are documented or not and I hope that there would be a fair way to test all students to make sure that everybody is learning”.

It is pretty obvious that everyone has there own opinion on who might win or who they want to see win. Who do you think might become president next? Please tell us in the comments below.