When going into college, it becomes a new experience and adventures. One of the most exciting programs some colleges offer is studying aboard. Studying aboard gives college students the opportunity to travel to a new state or country of their choice to take college classes. 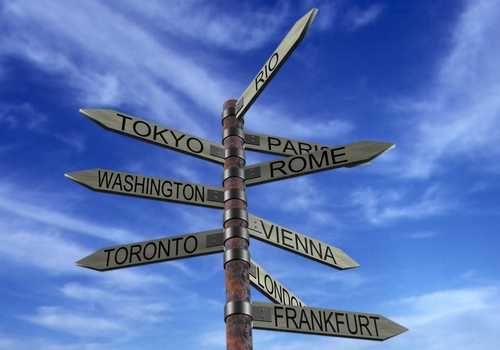 These kinds of programs allow student to find new places, new cultures, new people, and new experiences that they will never forget. Nevertheless, these trips should be taken with great pleasure, however; the FBI has recently discovered that countries are recruiting American exchange student to become spies for their country.

The FBI has given out warning to all the student that are going to and already are in different countries to be aware of countries that might want them to become informants for them and receive confidential information of the United States. Student have been offered thousands of dollar in order to give information about their home country.

The FBI stated that American exchange students are more vulnerable in being recruited by the “intelligence threat” that countries are a signing to target these students.

One way the FBI was able to find out about the dangerous threat of foreign countries was with the capture of the American student by the name of Glenn Duffie Shriver. In 2010, Michigan student was found guilty for attempting to provide national defense information to intelligence officers from China. He was sentence to four year in federal prison for espionage. Shriver has become an example of the consequences that can happen if a regular student falls into the hands of the enemies control.

All American exchange student be careful of the threat that may follow you when in a different country!

Ms. Melh ” I did studied abroad in Los Angeles, I lived with a family who was illegal documented and I got to experience what it was like to be in that situation. I was not allowed in a car and have to much money. The second time I went to the Dominican Republic, it was a wonderful experience . If I was in the jury I would want more information as to what was Shriver aware of when he committed the crime. For example;  if a student was in class texting and it was an emergency, I would have a different reaction if it was a student who was a friend or doing something else. With Shriver I would have a bias to not give that verdict if I had all the information.”

Cristian Rubio ” I believe that they should forgive him and depending on his behavior his the penalty should be lowered. I think that other students will be tempted to the money because they have a lot of money to pay in college. Also, this could bring bad relationship with the United States and other countries. This is a very controversial topic that can be debated.”