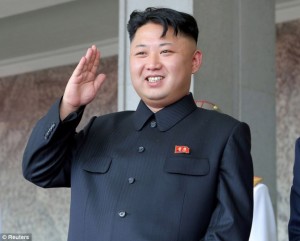 It has been heard that Kim Jong Un has proclaimed that every male citizen in North Korea get the same haircut as him. According to the Daily Mail and multiple other sources, Kim Jong Un is imposing his own hairstyle on all the other men in the country – short back and sides with a longer top portion. The new regulation forces men to wear their hair in a similar fashion to Kim Jong un exceeds the previous restrictions which were a grand total of 10 haircuts, less than the 18 haircuts women are allowed. And although it is the haircut worn by their country’s leader, it is unpopular because of its resemblance to chinese smugglers.

If this haircut mandate sounds ridiculous it’s simply because it is. Some speculate that it might not even be true. Many who visited North Korea when the BBC headline first came out reported that they saw no one there with said haircut. It is claimed that the headline merely started as a rumor by an anonymous source and was soon spread through multiple forms of media. The restrictions do not exist, only some simple guidelines. There is no actual enforcement meant to handle the length and cut of one’s hair. If many North Koreans had their hair cut like Kim Jong Un’s hair it was their own decision, as it is socially acceptable to follow their leaders trends, though it is not required.