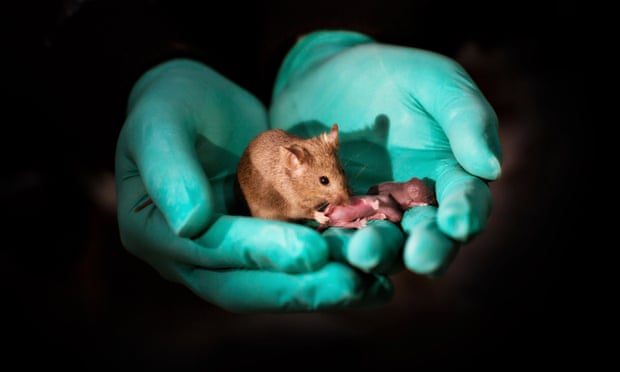 Relationships come in many ways, shapes, and forms, the public norm is with opposite sexes, but gay and lesbian couples are being normalized more now that ever. And a dream of many same sex couples is to have a child with the DNA of both partners, and sadly that’s something that we cannot do yet.

A recent experiment in Japan and China was able to create artificial sperm and eggs by using the skin and stem cells from a mouse of the same gender.

Dr. Azim Surani, a scientist at the University of Cambridge,with his colleagues, discovered how to mimic the human body when it creates sperm from stem cells. He mentions how they saw embryonic cells go through a process called “erasure.” The process of erasure is important in order to prevent genetic mutations from passing onto any of the offspring.

Dr. David Albertini, a scientist at the Center for Human Reproduction, states that the process will be a very long and difficult process. He mentions how scientists need to figure out how to make embryonic cells develop into sperm and egg cells through the process of “meiosis”.

Albertini says that though the mice pup created from the artificial sperm and egg produced healthy pups, doing the same in humans would be a much longer, more complex, and difficult process. Along with a much bigger ethical debate.

If creating artificial sperm/eggs and being able create life that way becomes a reality it will open the doors of biological parenting for not just same sex couples, but also heterosexual couples with trouble procreating.

Albertini also states that if this technology becomes available it would be very expensive. He says that assistance in reproduction already costs somewhere in the thousands and it isn’t always covered by insurance, “I would think that doing something like this, you’re adding at least $10,000 by today’s standards,” he says.

Pups were born from both the female and male same sex couples. Sadly the pups born from the male mice had some genetic mutations and died days after their birth. While the female’s pups were able to live their lives as well as a mouse can. So maybe same sex babies aren’t ready, but we’re definitely getting closer by the day.