The go green club has taken steps to make the school more eco-friendly.The first they have taken is that they have added mulch around the school.Mulch is used to help preserve water when there is rainfall. This occurs because the mulch acts like a sponge and absorbs the water and it doesn’t allow for an overflow into the roots of the trees and plants.Recently, the club has also planted a garden to expand the greenery at the school.

However,all this work does not seem to help the environment if everyone is not participating.Recent discoveries have surfaced and sources say that our very own principle turns on the sprinkler system everyday after school.

In which we ask ourselves does Mr.Hartford know that we’re facing a drought within our state. That shows that we must be educated in all aspects so that we can avoid mistakes like these. So what is another option that Mr.Hartford could do so he doesn’t  waste water. Mr.Hartford tells us to follow school rules and enforces them yet, he’s going out of his way and misuse water that should not be wasted. An anonymous source said that Mr.Hartford needs to also follow the law and not make himself look like a double standard by trying to enforce rules at school but then breaking the law of wasting water when in time of drought. The sprinklers go on from 3:07pm-3:20pm wasting water that  just over waters the plants and just sits in the cement.

Mr. Hartford’s ignorant use of wasting water has contradicted the reputation our school is known by.  Our school is supposedly the first eco friendly environment building  in the Florence-Firestone district.In order to prevent this misuse of water what we need to do is listen to rules set by the school but also the school administration has to come up with a better way to limit amount of kids in the front of school. 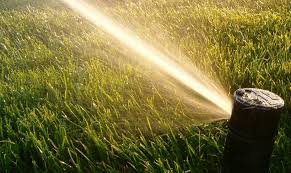