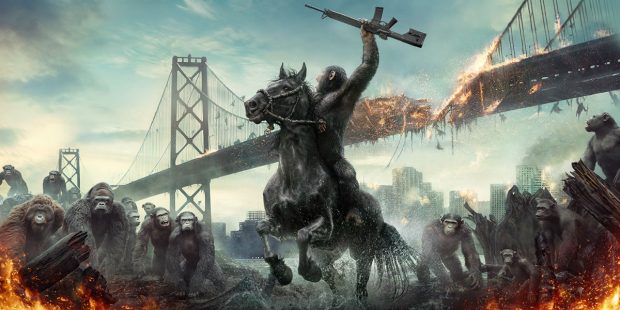 An exciting thrilling movie that has been one of the best sequels which began in 2011.  The first movie, Rise of the Planet of the Apes which began with the finding of a young ape which was later named Caesar. In the sequel, Dawn of the Planet of the Apes  was later announced in 2014. This particular segment of the movie gave the rebellious action of the ape leader Caesar against the humans. Last but not least, War for the Planet of the Apes has been announced to be out in 2017 which suggest to be the tipping point of the balance between the humans and the apes . The trailer was released December 9, 2016 for the public to see, so we asked  student and faculty  from Animo Pat Brown, on their thoughts about the sequel and trilogy trailer.

We asked Stephanie Estevez a senior and Brian Aguilar a junior  if they had heard or seen any of the of the Planet of the Apes movies. She answered,“Yes I have watched Rise of the Planet of the Apes, I liked the first one it was cool when the apes united”.  When asked Brian, he said, “I have only watched first movie of the  Rise of the Apes”. But when we asked them about the new continuation to the second movie, they were surprised to hear that there will be a third movie. After watching the trailer they were surprised to find out new characters in  the movie.  After the trailer we also  asked them if they were going to watch the premiere  of the movie once it came out in theaters.  Stephanie answered, “Yeah it looks appealing to me because of the action” and “I liked how the theme was humans vs nature”. Brian answered, “Yeah because I want to see a movie with that theme of man vs wild”

We then went on to ask Mr. Ramos an APB staff member about the new upcoming movie but, he was surprised to hear about it because in his opinion the second movie was “badass”. After watching the trailer he made a few predictions of his own and said, “Some of the humans might be with the apes?…I’m going to watch it for sure”. He then added onto the concept of the movie by adding, “It’s a great movie, it’s an analogy of what we’re living in right now “. What he meant by this is that the from the preview trailer he broke it down by explaining to us that there is a repeatable concept of the real world to their world. The analogy he made was that the apes in the movie are that minority in the real world  and that the humans in the movie are the people with the power in the real world.

Over all the people that were interviewed all had the same opinion on going to watch the new movie War for the the Planet of the Apes. The sequel ended on Cesar speaking to Malcolm saying, “War has already begun” leaving the audience prepared and anticipated for the third movie. Our conclusion after the trailer was that the upcoming movie will have lots of fighting sequences and that it will most likely be the last of the series. Will you watch the movie War for the Planet of the Apes? 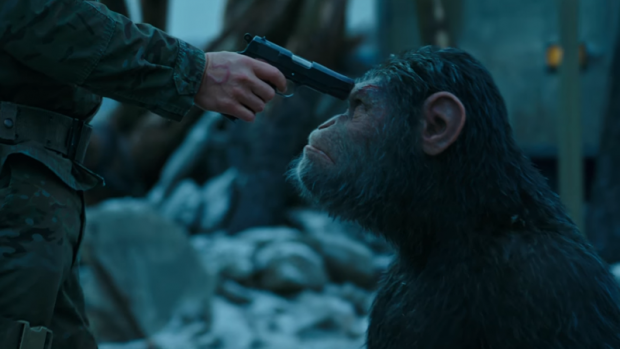 Will you watch it?