Throughout the course of human events there have been instances where we fail to keep the human stable and animal species safe. Prior to this recent oil spill in Texas,  which is extremely hazardous to marine life and even humans, we have had other poisonous oil spills that we have been able to “resolve.” Nonetheless, this is not fully accurate for at the oil spill in Alaska, March 24, 1989, it spread to Oregon, and left major amounts of residue that can still be seen today if one digs a couple of feet under the soil. Unfortunately, we have gone through one of these epidemic events once more.

This weekend, a violent impact between a container ship and a fuel tanker gave way to the dissemination of 168,000 gallons of crude oil into the ocean south of Texas. According to USAToday.com the crude oil that was being transported had a vast amount of chemicals within it. As a result, this led to the oil being of a more callous effect on marine life for it attaches itself to anything that it comes in contact with. Galveston Bay, being one of the busiest ports on the west coast had to hasten and make sure that they reversed any type of damage already done. Take for instance, they decided to clean the beaches and fisheries to give the Marine business less of an impact. They also had to make sure that the oil did not spread to the Mexican Gulf where any way the oil would have met oil eating bacteria that would have decreased the amount of damage caused to wild life including: Fish, Corals, and even birds. 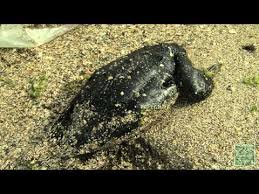 Although, this oil spill is not the biggest it sure does have some of the most climacteric  results. To take a case in point, Marine businesses although receiving help, it might see one of the greatest downfalls, that is in the Texan south coast. Around 15,000 to 20,000 fish are suspected to be affected. In addition, the avian species which had recently doubled is now threatened by the unexpected claws of this deadly oil spill.

This is the time that all communities get together to help clean all oceans from coast to coast. At APB we have the Go Green club that does all it can in order to keep our community stable lets help out and make sure that this perilous issue is resolved as soon as possible. Act now, reduce, reuse, and recycle. Although, it may be of small help, be glad that there is action taking place.