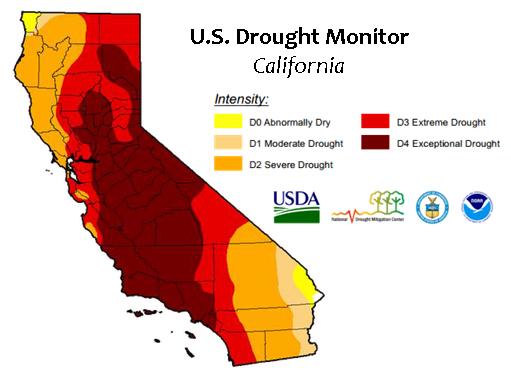 California has seen in the past few years it’s driest years on record, as in August 28, 2016 the state of California was considered to be in a drought. Abnormally low rainfall in the past few years is very dangerous for California and it’s reservoirs. This extreme drought has affected the fresh water supply and have made conditions ideal for wildfires across much of the state. According to the Weekly Drought Brief from the state of California, “Since the beginning of the year, firefighters from CAL FIRE have responded to over 4,743 wildfires across the state, burning 146,279 acres. Fire activity across California remains high with nearly 272 wildfires in just the past week”. However, this particular case of a drought has significantly decreased in the past two months of 2017. 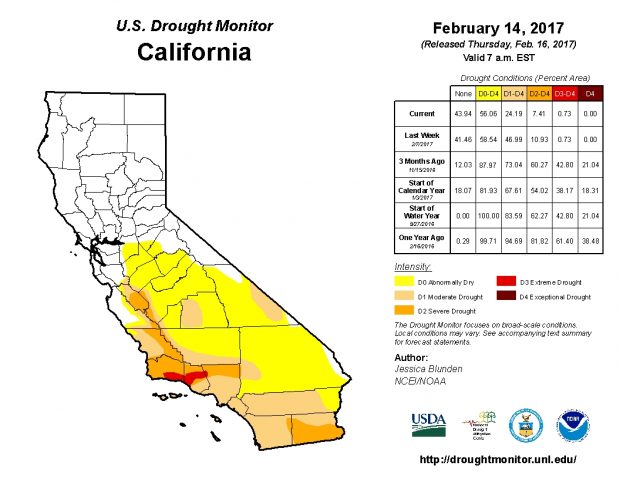 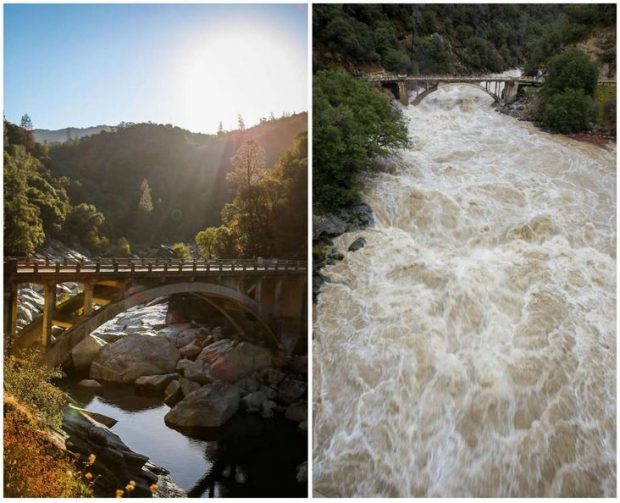 As if now, northern California is said to be out of the drought while the southern part is only just little away from having its wettest winter of the year. California for years has been asking for rain and now they’ve received record breaking numbers of rainfall. Rainfall of up to 6 inches in just a day is really good but has it’s cons. People may think this is good but looking at statistics in the past few months, too much rainfall in a short amount of time has really risky effects on California’s land and geography.

NOAA, the National Oceanic and Atmospheric Administration, reported that California is having its wettest year to date. California is on track to have its wettest year on record. As of Wednesday, January 11th, 2017, California has seen 13.5 trillion gallons of water increasement in the past 10 days. This climate has mostly been helping the central and northern California’s drought. Based on the wet winter, heavy precipitation is likely to form during the remainder of February, and a high chance of wet climatology through March, will improve or remove the drought in the forecast across most of central and northern California. 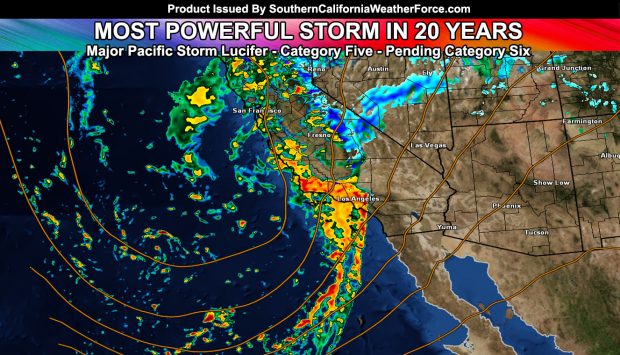 Since Oct. 1, downtown L.A. has received more than 13 inches of rain — 216% of normal for this period, which the National Weather Service said was 6.26 inches. Although the weather has been helping California recover from the drought, it has its negative outcomes that have affected many parts of the Central and Northern parts of California. For example, the Storm Lucifer that occurred on February 17, 2017 flooded many streets and highways. It also caused sinkholes as well as mudslides that caused road accidents. The storm also caused delays with metro trains that made it hard for people to get home and away from the storm. Even though the storm benefited California, it also had its negative effects that  made it hard for people to continue their everyday lives.