The Legend of Zelda: Breath of the Wild breaks the mold of past Legend of Zelda games. The main character is Link (not Zelda) and he must save the land of Hyrule from the greatest evil: Calamity Ganon. This game is in the third person point of view and allows you to change the camera angle. Besides incredible graphics, this game uses the Nintendo Switch’s capabilities effectively.

Breath of the Wild is best described as an open world rpg (role playing game). The game thrusts Link into an open world that is completely open to exploration. Although the game does have a main story line like past Zelda games, Breath of the Wild allows you to play the events of the main story in any order you want, ignore the main story altogether (and just do side quests), or head straight to the final boss and beat the game (although, you have to sneak into his lair). Before heading off to fight Calamity Ganon as soon as you complete the tutorial, keep in mind that Hyrule is filled with many difficult enemies and just to get past them will be a mission in itself (that doesn’t even account for Calamity Ganon himself).

Breath of the Wild pays a lot of attention to detail. This is true especially for the environment and the weather. For example, if it is currently raining, campfires and torches will be put out, the terrain gets slippery, and it becomes impossible to climb. Furthermore, if rain becomes a thunderstorm, thunder can strike Link if he has any metal items equipped (best to get strip down). Another good example is that animals and enemies are spread out in such away that the game doesn’t overload you with creatures or leave you lonesome, but instead makes the game feel alive. Furthermore, Link may be gliding through the air only to come across a dragon that lifts him into the air to continue his journey. Many random things happen in Breath of the Wild, but very few are scripted. Basically, the game provides a unique experience to each player and that makes the game feel much more realistic and vivid than most Legend of Zelda games.

This next part includes spoilers of the game, so beware. Breath of the Wild has an incredible amount of side quests. The side quests can range from chopping a tree to killing a couple of deer, from taking a picture of a statue to sneaking into a village, from saving a woman to saving your old house. The major side quests require you to reclaim shrines in order to upgrade your stats (heart containers and stamina). The main storyline takes Link to different villages to free them of Ganon blights and to free ancient machines to help him on his quest to kill Ganon. Eventually Link raids Hyrule to fight Calamity Ganon. That’s the end of the spoilers.

Breath of the Wild allows players to use any Breath of the Wild amiibo to obtain in game items (this can be done once a day). Furthermore, the game looks amazing for the Nintendo Switch which can’t handle games with high graphics (due to its eyes). The player also has the ability to take pictures in the game to track certain animals. The game also doesn’t require a HUD (heads up display; this is what tells the player of Link’s temperature, climate, and chance of rain). If Link becomes cold, he begins to shiver and if he becomes hot, he begins to sweat. If it begins to rain, the sky will become cloudy first.

Although the game could get repetitive, it takes a very long time to get tired of the game. Due to the game’s incredible sights, huge map, and a diverse set of quests to complete, the game deserves a 9/10, would recommend. 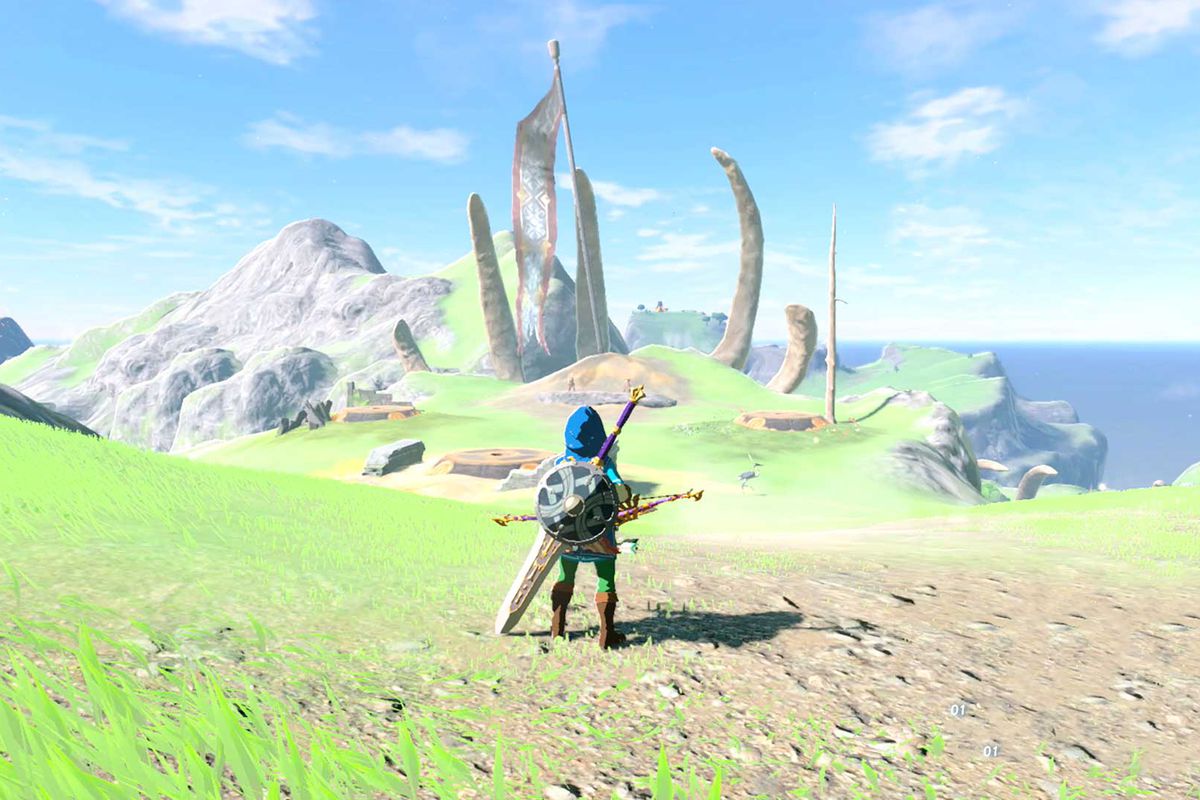