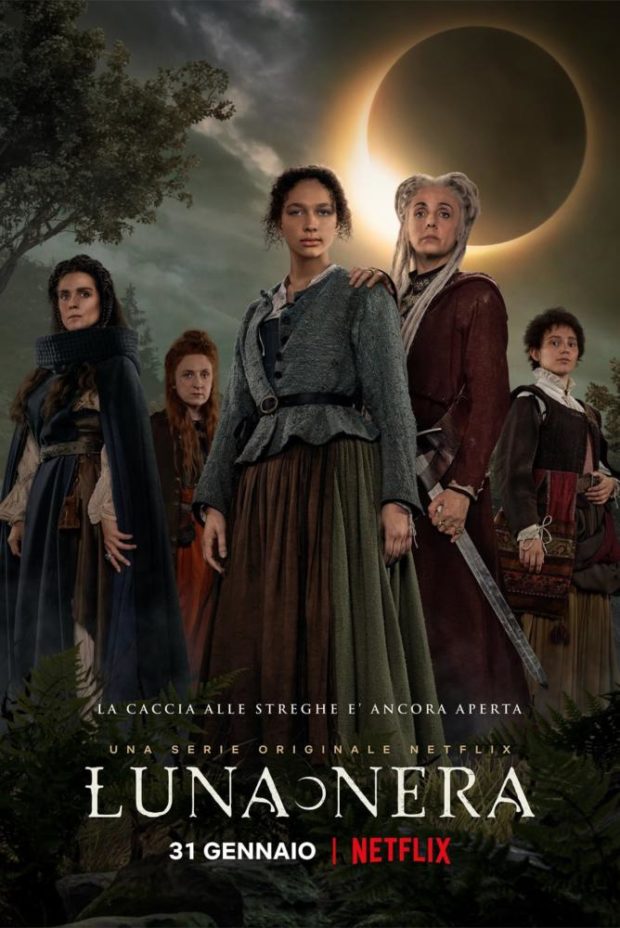 “Burn the witch” is a common phrase rooted from historical events that burned and persecuted women had they been accused of witchcraft for the simplest of things. Now when we think about it, with science and gender equality, witches and witchcraft is not possible. The witchy aesthetic is nice, though.

But what if witches did exist? Not the one with the green skin, long pointy nose and black-purple leggings, but the power, the magic!

Netflix’s mature fantasy show, Luna Nera, is a show that takes place in 17th century Italy and has three different perspectives. We see the classic religious people cheering to burn a woman accused of witchcraft, then we see a small group of people who do not believe in witchcraft and instead, their own intellect (science). Then, there’s the witches, who are women who chant Latin phrases and create magic.

Then, there’s Ade. A young woman who is first troubled by her new sense of identity and later torned between a pretty boy named Pietro and accepting her powers.

The first episode was almost as overwhelming as walking down a hallway and a crowd of people are walking in the opposite direction as you, making you wonder where to go, or in this case, where the show is going to go. Couple of minutes into the episode, you see Ade feeling a pregnant woman’s belly and she begins to shout that the baby is dying. Awkward thing to say out loud when the pregnant woman is awake and waiting to give birth.

As the show continues, it follows along this cliche of being “the chosen one” and discovering something new about her family and being in denial, “I’m just a normal girl”, she says.

While that gets old quickly, the idea of witchcraft and discovering new powers of characters is interesting enough to keep some span of your attention.

This show is all about women empowerment during a time it was seen as defiance and witchy and it makes you wonder how this war will end between magic and men. Although there is a love story, it only lasts for a couple of scenes and is not built up between the characters, making it distasteful.

The love story is rushed and crumbles, there’s cliches, and it can be slightly awkward. The show only has 6 episodes and each about 40+ minutes. I recommend the show to those interested in witches and women empowerment in old-timey places, but be aware of the rushed storyline and cliches.