Junior, Lissete Cisneros hears the annoying sound that is her alarm clock set for 5:50 AM every morning. Although feeling sleep deprived, she gets up and begins readying herself and her younger brothers for school. Her family leaves the house at about 6:40 AM to give her mom enough time to drop off her brother’s at their dad’s house and take Lissete to school. Feeling tired and in need of more sleep, Lissete arrives to school where she is required to do work as soon as the bell rings to signal the beginning of first period. 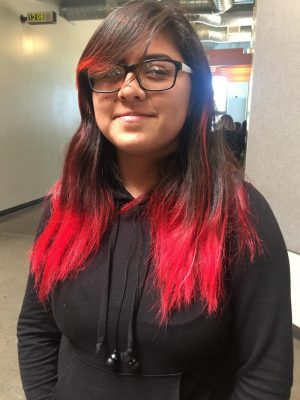 Ever since Animo Pat Brown High School was founded in 2006, the school day has commenced at 8:00 AM. Students such as Lissete have found it difficult to attend school this early in the morning.

According to the American Academy of Sleep Medicine (AASM), starting school this early prevents students from getting a full night’s sleep, which can affect their health and how well they perform academically. The AASM found through their research that if students are allowed to sleep in and start the school day later in the day, they will be wired to pay better attention in class and be less likely to be late for school. They recommend that students should get eight to ten hours of sleep each night. However, due to the school hours on top of the amount of homework students receive, students are not getting this sleep.

When asked whether school should start later in the day, Lissete stated, “I think it should because I feel like it gives students more time to work on their homework in the afternoon so they won’t have to rush themselves to go to sleep because they wake up early.” Lissete continued to state that late start would come with many benefits such as allowing students to come to school well rested and not have to worry about catching buses and making it to school on time. 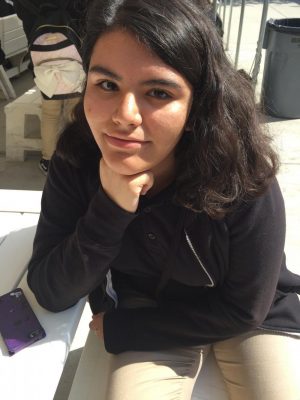 However, underclassmen at APB did not seem as fascinated with the idea of late start compared to upperclassmen. For example, freshman Angela Contreras stated, “I think it’s all the same.” Angela expressed that she would not feel affected if school were to start later in the day.

Additionally, freshman Esmeralda Lopez stated, “I just want to sleep in.” Esmeralda felt that late start would be excellent for sleeping in, but it would not help her in any other areas besides getting more sleep. She feels that she would perform the same in class.

APB students however, have the privilege of starting the school day at 9:00 AM every Wednesday. This allows students one more hour of sleep compared to other days in the school week. When asking students whether they felt that they had better concentration in class with this extra hour of sleep, many had different experiences.

Lissete stated, “Yea I do cause I come in late so I’m well rested and I have time to get breakfast, like a good breakfast, and so I have energy and I have the spirit to do stuff at school.” She felt that because she had more time to eat breakfast and sleep in the morning, she was able to perform better in class.

On the contrary, Esmeralda Lopez stated, “I do the same thing. For me it’s a normal day.” Esmeralda felt that late start on Wednesdays was just like any other day. Nothing changed for her.

While approaching APB’s principal about the matter of late start, Mr. Reed stated, “It’s an interesting idea but it’s something I would want to hear from parents about because they drop off their kids at school, and they need to get to work.” Mr. Reed is concerned that parents would not have enough time to drop off their kids at school. He continued to state, “It would also mean that school gets out later and that also has an impact on afterschool activities and clubs.” Mr. Reed’s main concern was ensuring that students do not walk home late in the dark because late start also means late dismissal. When asking whether he saw any difference in student performance on Wednesdays compared to the other days, Mr. Reed stated, “Some students tend to get in trouble before school on Wednesdays.” Reed would mostly be concerned with the student’s safety before and after school if school would start later in the day.

Overall, late start does have it’s benefits, but disadvantages as well. While some students feel that late start will help them perform better academically, others do not care for the matter. It is evident that whereas older students at APB believe that school should begin starting later in the morning, younger students as well as the staff do not.