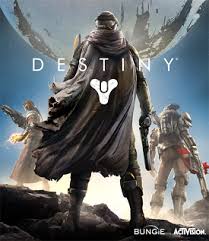 Destiny is a well known first person shooter that was introduced the PlayStation and Xbox platforms on September 9, 2014. And has a reach to different worlds of our solar system that exposes the player to new terrains and enemies. The game has also experienced new expansions to its original game. Namely, the expansions called The Dark Below, House of Wolves, and The Taken King (the most recent).

The game originally had the moon and planets Earth, Mars, and Venus available to explore. And a six player cooperative mission known as a raid. Raids were meant to test the skill, teamwork, and resolve of the players, and would give them new armour and weapons as a reward for completion. There were also planet specific enemies that the player would encounter. On Earth, the player would encounter numerous Fallen, a race of aliens who came to Earth to fight the Traveller. A celestial body that pushed humanity to its golden age in its technology and general advancements. The Fallen are also found scattered on the moon and Venus. But the moon’s main inhabitants consist of the Hive, who have burrowed into the moon in order to be closer to fight the Traveller’s light. The Hive have also made their way to Earth, and have open combat with the Fallen. Later, when you reach Venus, you will see the Fallen, but then encounter a new enemy: the Vex. The Vex are connected through a hive mind and are capable of of teleportation through space. Their only goal is to combine biological matter to their technological matter, taking over the universe, turning planets into machines. Finally, the Cabal who are encountered on the dusty terrains of Mars. The Cabal are a militaristic empire that spread through organization, efficiency, and corruption.
The final test for players in the original release of the game was the raid: The Vault of Glass. The Vault of Glass consisted of several parts: the creation of the spire, defending confluxes, destroying oracles, defeating the Gatekeeper, passing the Gorgon maze, fighting the Templar, and finally reaching the final boss: Atheon. Each step had to be done using a fireteam of preferably six players to complete the raid with a reasonable difficulty. But teamwork is the key element to succeeding in the completion of this raid, giving you special rewards with the completion of each step in the end game challenge. But once this was completed, expansions began to expand the story and challenges of the original game. Creating multiple stories that end with you fighting different races of aliens with a first person point of view.