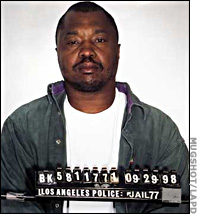 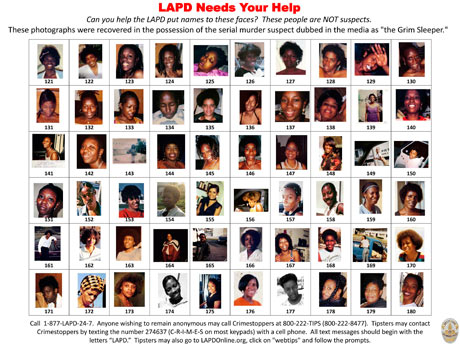 There is a man known as the “Grim Sleeper” who has been going around for the past 15-20 years killing  women, mainly hookers. Lonnie David Franklin Jr. was arrested in 2010 for the murder of 10 women, according to the LAPD there’s suspicion that the number of murders must be greater. Franklin Jr. was a former LAPD garage attendant as well as a city garbage collector, to whom it made it easier for to kill vulnerable women, he targeted mainly prostitutes and drug addicts. For a certain period of time the killing stopped, which introduced Lonnie David to his nickname the “Grim Sleeper”. When arrested in his home they found various evidence that connected him to the murders, they found a great quantity of  photos of women as well as home videos, in which they were nude or doing graphic poses. Although Chief Charlie Beck stated, “We never gave up on this investigation, not for one minute.  Our detectives worked relentlessly following up on every lead they received.  Their hard work has resulted in today’s apprehension of this vicious killer.  I am hopeful that the hard work of these men and women will bring some closure to the families who tragically lost loved ones during the last 23 years.”; the LAPD’s integrity as well as their efficiency has been put in doubt by many. The Grim Sleeper has pleaded not guilty in the 10 murders of women, but police officers still suspect that he might be responsible for more than the cases found against him. After investigation done by the Police Department, the identification of the women on the images found at the Grim Sleeper’s house by detectives was a dead end, therefore they released 180 images to the public in their attempt for the communities to recognize them. 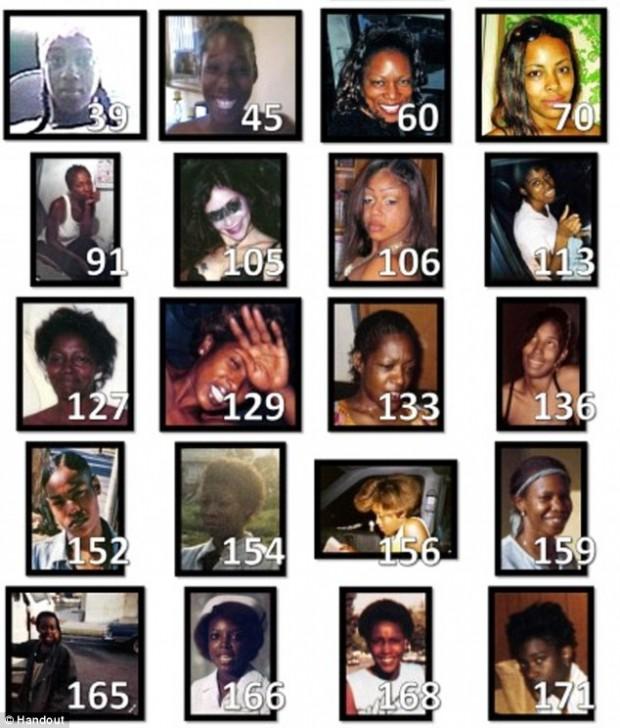 There’s differing opinions at APB about the efficiency of the police department, regarding their communication to the public, for instance “The victims were primarily women of color, poor, most were prostitutes, these are not the kind of people that get public attention, this is not a young blond woman who gets kidnapped and it’s all over the news, I don’t think that there is not enough pressure on the Los Angeles Police Department” says ERWC and AEE teacher Nathaniel Pickering

He adds, “It’s extremely terrifying the fact that he was in our community, the community that I worked in since 2001, he was living an everyday life , its looks like something taken out of a movie, hopefully it was embarrassing for the police department” 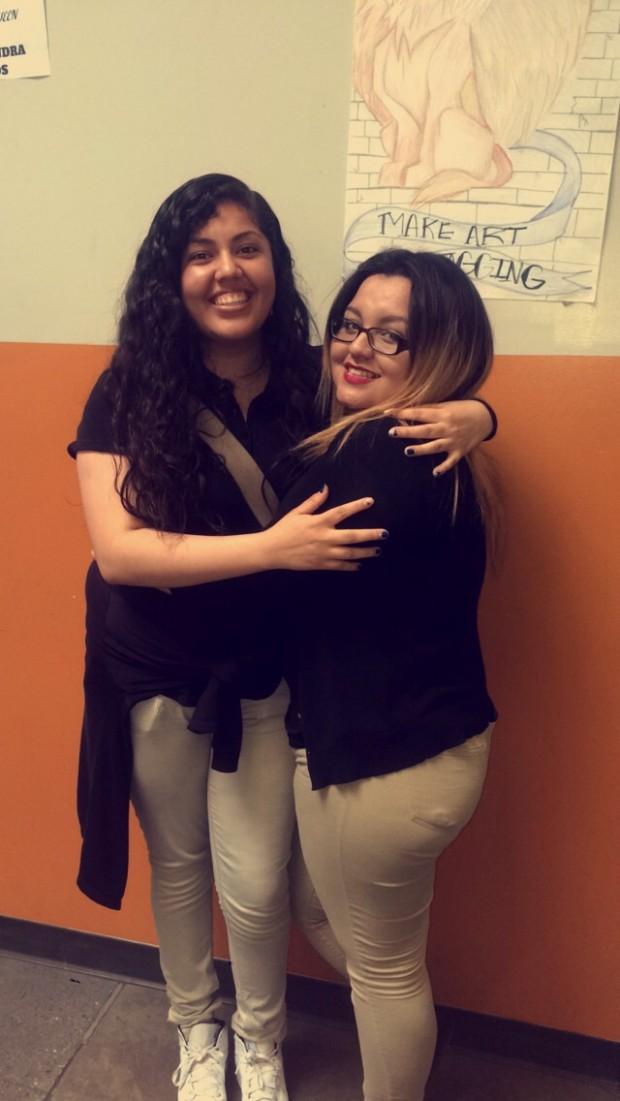 The students at APB believe that the Police Department can hide certain things from the public in order to keep the community from fearing everyone and everything; Junior Bianca Zavala says, “It’s injustice that the police didn’t say anything for the public for the time the killings occurred, I would’ve liked to have known about the situation and whether we were exposed to a killer, this happened in our neighborhood and by the police not intervening shows the lack of importance towards latinos”

Junior Maria Flores says “I think it was wrong that the police didn’t say anything, would have made sense since there’s some restrictions in order not to put the community in panic mode, I would’ve liked to know about it, I could’ve probably lived next to a killer and not know” The Los Angeles Police Department