In 1881, the first headphone set was invented providing people a way to listen to music without anyone grumbling , though over time the weight, sound and design of headphones have been improved, or said to be improved. Headphones over time have become popular, and mostly likely the louder the better for the buyer. Headphones have a history in which they provide satisfaction to all consumers. Though has society realized the dangers that headphones could cause? 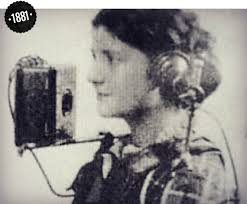 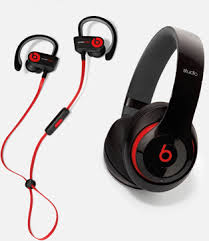 Apparently, every individuals ears are able to hear, without going deaf, up to 85 db (decibels). Some headphones go up to 100 db, which can be a big risk to  the owners ears and increasing the risk of going deaf. It was stated that 1 in 5 students are to lose their hearing due to the amount of time exposed to headphones. The results are drastically depressing due to the fact that hearing is most likely to be loss when using headphones, than being exposed to concerts or areas that contain loud sounds. Individuals should not be exposed to hearing music for 3 hours on the highest sound(db) in order to prevent hearing loss. 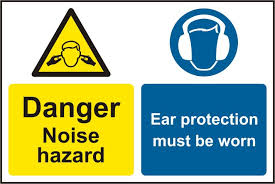 In the same manner an article named “ More Teens Showing Potential Signs of Hearing Loss”, states that headphones have increasingly affected teenagers hearing loss. Furthermore, this study determined that, “The US survey of 500 teenagers ages 13–19 found that 46% reported experiencing ringing, roaring, buzzing or pain in their ears after engaging in risky hearing practices, including listening to excessively loud music and using lawn and power tools with no hearing protection”(More Teens Showing Potential Signs of Hearing Loss). Many of these teengares are notified of the harm, it says, “Nearly 9 in 10 (88%) of teens admit participating in activities they know may damage their hearing, with listening to loud music being the most popular” (More Teens Showing Potential Signs of Hearing Loss). Teenagers are alerted about the harm of earphones but aren’t trying to avoid it. Hearing music, going to concerts, etc have become extremely popular and trying to stop such things won’t be successful. 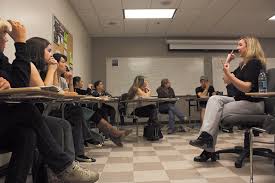 ” Like I’m aware of what can happen.” says Senior Saul Perez. “I don’t care cause I always have music all the way up”.  On the other hand, a variety of students aren’t notified of such studies stating how hearing music on daily basis is damaging. ” No, I have never been notified of any effects”, says Senior Robert Garcia. All-embracing, a population of APB students are notified while others aren’t.

Students need to be informed in order to deduce the rate of students going deaf due to popularity or stubbornness. A solution should be given to such huge problem that affect a wide portion of society.

In order to drop the amount of population losing their hearing, what should consumers do? A solution can be said to reduce the amount of time using earphones or eliminate the use of headphones. Though are we joking, these solutions won’t ever result. Headphones have become a great investment for apple, beats, etc. and if consumers start to decrease it will be a great devastation to society.

Not being able to hear is a devastating instability. Being able to hear is really important which will not only simplify your life but also will gives advantages later on in life. Teenagers, it’s time to limit the amount of time being exposed to headphones